« Hate blog gets [comprehensively] jammed. Beats a letter to the editor, I guess.
‘Dead man waddling’ » 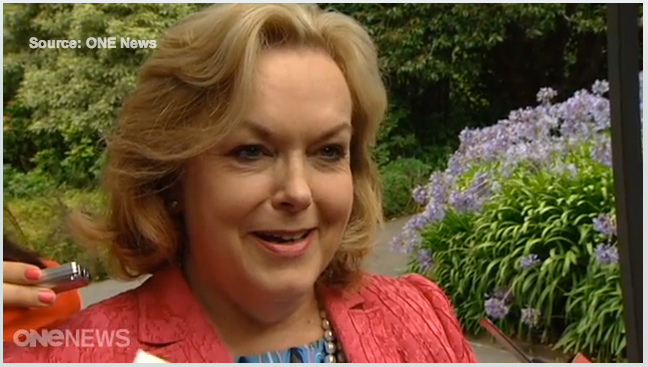 In the House, Muldoon became friends with other new National MPs, notably Duncan MacIntyre and John Bowie (Peter) Gordon. The three became known as ‘the Young Turks’ because of their criticism of senior National ministers. Muldoon in particular proved to be a well-prepared debater, willing to speak on a range of topics with authority and humour. He developed a deserved reputation as a counterpuncher who saw attack as the best means of defence, and who believed that he should always retaliate if anyone attacked him.

… Many people disliked Robert Muldoon’s abrasive personality and populist appeal. From 1967 opponents referred to him with contempt as ‘Piggy’ Muldoon. But others, who became loosely known as ‘Rob’s Mob’, admired the direct and combative politician, who certainly polarised public opinion but claimed to understand and represent ‘the ordinary bloke’ against the elites. Their loyalty was as much to Muldoon personally as to the National Party.

I’m guessing Mrs Collins would see any comparison to Muldoon as flattering — not focusing so much on the  damage his divisive approach and cronyism did to the National Party, and to New Zealand’s reputation.

As prime minister, Muldoon frequently visited foreign countries and attended international meetings. He was not always tactful, particularly at Commonwealth prime ministers’ meetings where he resented criticism of New Zealand by leaders whose own countries were not model democracies. As in domestic politics, he was prone to attack the messenger as well as the message and his targets included Commonwealth Secretary General Shridath Ramphal, Australian Prime Minister Malcolm Fraser and US President Jimmy Carter, whom Muldoon dismissed as merely a peanut farmer from Georgia.

I wonder what Mrs Collins’ nickname will eventually turn out to be?