I’m doing research for an upcoming project and spotted this rather striking juxtaposition of the front and back covers of NZ INVESTOR mag — May 2010 edition. 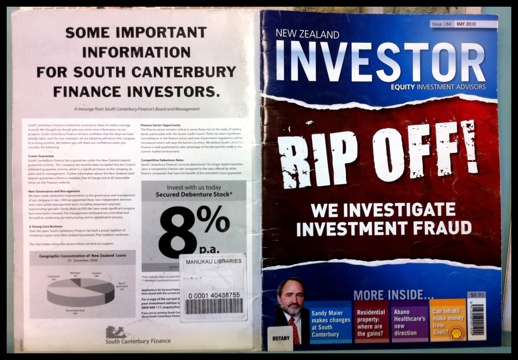 See the wee picture of Sandy Maier on the cover? It’s illustrating an article:

As JFK said after the failed Bay of Pigs invasion: “Victory has a thousand fathers but defeat is an orphan.”

* The government stepped in to freeze operations a month later, 20 June 2010 and the rest, as they say, is history:
Govt pays $1.7bn to Sth Canterbury Finance