Not a bad ‘hands-on’ review of the iPhone 4 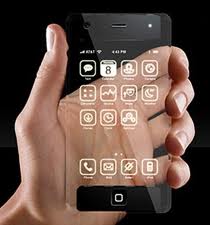 New iPhone 4 – the verdict is in

WE’VE heard a lot about the iPhone 4 ahead of its launch in Australia today – and not all of it has been good.

I knew it would be impossible to review Apple’s new iPhone 4 without first discussing the antenna “issue”.

Before I received the iPhone 4 I’d already heard the reports of the “death grip”.

Users holding the bottom left corner of the stainless steel band, which holds the front and back glass panels together and also act as the antenna, could reduce the number of signal bars in weak reception areas.

I’ve been using the iPhone 4 for nearly a week to make calls, send and receive emails and surf the web from various places around the city and suburbs.

Is the antenna an issue? No it’s not. Have I dropped calls? No, I have not.

Have I noticed an impact on the device’s performance? No.

OK, some might say he overuses the word ‘impressive’ (twice) … still, he’s got one in his hands, so, fair comment?