Hyperbole and puffery — that’s your DEFENCE? 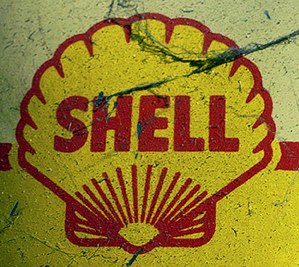 'We didn't expect anyone to believe our puffery.' Oh dear. (image: treehugger.com)

Lawyers for fuel giant Shell facing misleading advertising charges have told a court in Wellington that claims in their advertisement for petrol containing an additive ‘designed to take you further’ were “hyperbole and puffery” and they didn’t expect anyone to believe them. (Source: Radio NZ News)

RNZ Court reporter summarising Shell’s statement of defence: “The imagery was obviously hyperbole and puffery. No one would actually have believed it … and it can’t therefore be misleading.”

Ads for oil giant Shell misled consumers by giving them the impression they could travel “appreciably further” by using the company’s petrol, a marketing expert testified today.

Shell New Zealand is defending 22 charges laid by the Commerce Commission under the Fair Trading Act.

They relate to an advertising campaign from April 2006 to May 2007 in which Shell claimed a fuel economy formula added to its petrol was “designed to take you further”.

Commerce Commission lawyer John Dixon told Wellington District Court today that the advertising made false or misleading claims, and the company had engaged in conduct that was liable to mislead the public.

A peer-reviewed study by Shell found the additive increased fuel efficiency by an average of only 0.98 percent over petrol with no additives.

That amounted to an extra 6km for every 650km travelled, or yearly savings of only about $20 if a driver spent an average of $2000 on petrol a year.

Mr Dixon said only 5 percent of petrol sold in New Zealand did not contain additives of a similar nature to Shell’s.

Read on at stuff.co.nz

This will not end well for Shell, methinks. When your defence is: ‘We didn’t expect you to actually believe us!’ you’re in trouble, one way or another.