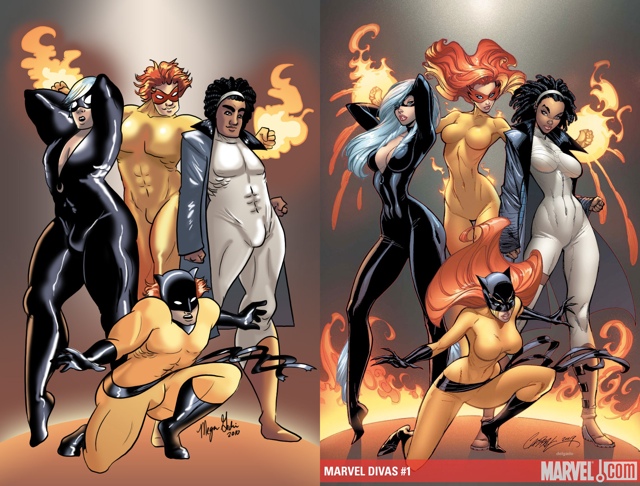 “Men are idealized in comics, too.” Oh really? Like this? Megan Rosalarian Gedris makes her point. With panache. (click)

It’s an argument (discussion, really) that’s been running for a while … and is worth following if you care. But my point is the way Megan Rosalarian Gedris has pretty much aced her proposition that the “idealisation” of men in comics is in no way equivalent to the ‘treatment’ women are given. Her illustrations and the use of parody (men in tights) are undeniable… a tour de force which only the most hardened could resist.