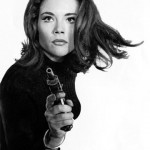 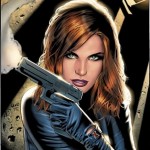 Returning to our occasional theme of the essentially derivative nature of art.

If you recall, in January in a post called ‘Nothing new under the sun…‘ we discussed the serious inspirational debt the character of  ‘Black Widow’ in the comic series Ironman owed to the portrayal by Diana Rigg of  Mrs Emma Peel in the classic UK TV series The Avengers … with illustrations (above right).

I noted in that post that actress Scarlett Johansson would be playing ‘Black Widow’ in the upcoming movie sequel to Ironman — Ironman 2.

Well, I’m pleased to report Ms Johansson’s interpretation of the role of Natalia Romanova seems to be going just swimmingly, if these advance publicity shots are anything to go by … 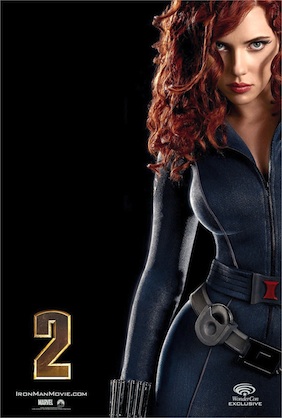 Scarlett Johansson as Black Widow in Ironman 2 (click to enlarge) 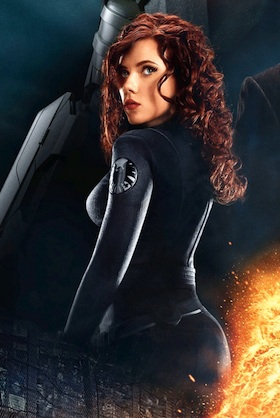 Another view of Ms Johansson in the role.
(lick — sorry, I mean click to enlarge)

Thanks to HuffingtonPost (where you can click for even bigger graphics!)