« The state of the media
More unintended consequences? » 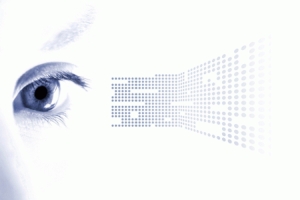 What they didn’t know, and never could’ve predicted, was that the Web would also transform itself into an enormous, never-ending high school reunion (See also: hell).

… Let’s see, so the digital revolution led us all to this: a gigantic, commercial, high school reunion/mall filthy with insipid tabloid trivia, populated by perpetually distracted, texting, tweeting demi-humans. Yes, the information age truly is every bit as glorious and special as everyone predicted it would be!”

From Heather Havrilesky’s well-written and worth-reading preview of “Digital Nation”: What has the Internet done to us? on PBS Salon.com

That’s a good point, about the endless high school reunion — as anyone who’s had the odd surprising (and slightly uncomfortable?) blast-from-the-past Facebook ‘friend’ invitations can attest. Icky, some of them. Just.Not.Right.

See the full article at Salon.com for some good discussion of  the subject of ‘What has all this distraction and distractibility done to us?‘

And, from the same article, here’s one for my friend Roger, who coined the phrase ‘mono-tasker’ a a badge of honour:

And don’t believe the hype about a whole new generation of effective multitaskers, either. “Most multitaskers think that they’re brilliant at multitasking,” says Stanford professor Clifford Nass. But “it turns out that multitaskers are terrible at nearly every aspect of multitasking.” (In an article* on the Stanford News Web site, his colleague Eyal Ophir comments, “We kept looking for what they’re better at, and we didn’t find it.”)