« Oh, for a straight answer to a straight question
John Banks and Word of the Day »

Gee, this is a bit harsh (Rick Santorum) 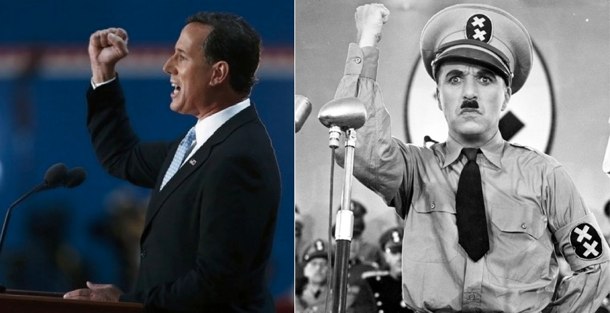 Former presidential candidate Rick Santorum attacked the media and “smart people” for not being on the side of conservatives in a speech to the Values Voter Summit on Saturday.
“We will never have the media on our side, ever, in this country,” Santorum, a former Pennsylvania senator, told the audience at the Omni Shoreham hotel. “We will never have the elite, smart people on our side.“

Check the context: Rick Santorum: Conservatives Will Never Have “Smart People On Our Side” (Buzzfeed)

“When it comes to conservatism libertarian types can say, oh, well you know, we don’t want to talk about social issues,” Santorum said. “Without the church and the family, there is no conservative movement, there is no basic values of America.“

Wow. Talk about black and white! (But we’ve come to extreme talk from Rick Santorum.)

His premise, that smart, elite people somehow don’t hold to family values is untenable in my opinion. In his mouth, ‘family values’ is code for something else. As for his claim that ‘They believe they should have the power to tell you what to do’ … well, that seems like projection.