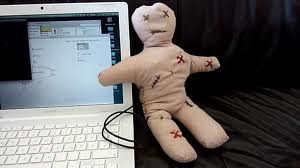 In the middle of a worthwhile Guardian article quoting Tim Berners-Lee on the need for web users to be able to get their data out of social media and proprietary ‘silos’ (see: Tim Berners-Lee: demand your data from Google and Facebook), is this interesting sentiment:

“Every time somebody puts a magazine on a phone now and doesn’t put it on to a web app [a form of open software] you know we lose a whole lot of information to the general public discourse – I can’t link to it, so I can’t tweet it, I can’t discuss it, I can’t like it, I can’t hate it.”

Note, the desire for access to information and freedom to ‘hate it’.

Earlier, the same article refers to Berners-Lee’s view — expressed with the authority that he as inventor of the world wide web and only a few others can claim — about the ‘centrality’ of open data access to the vision of the web:

Berners-Lee has in the past warned that the rise of social-networking “silos” such as Facebook, and “closed world” apps such as those released by Apple, which cannot be indexed by web search engines, threaten the openness and universality that the architects of the internet saw as central to its design.

I’ve been thinking about ‘openness’ since my brief comment this week about some political bloggers stalking their targets and so-called enemies by ‘friending’, ‘following’ or ‘liking’ them on social media … then using that platform or information obtained to repeatedly and publicly abuse, denigrate or ‘sledge’ them.

That behaviour makes me queasy (even though I pointedly quote others’ tweets myself now and then). At times it feels like there’s a kind of misuse of social media going on. (Yeah, that sounds like an oxymoron to me too.)

It’s more than the privacy-intrusion stuff we discuss on ThePaepae.com now and then, e.g. when considering the Herald on Sunday tracking a private person to her front door(!) ‘using Facebook‘.
A reporter gaining access to your personal information because a so-called ‘friend’ of yours gives them access to it — if that’s what actually happened — is dodgy, if you ask me.

The way some people in the blogosphere (shudder) operate, there’s a kind of ‘gotcha!’ happening. Aping Andrew Breitbart at his worst — some attack dogs use fake Facebook IDs or Twitter accounts (they’re stalkers, in other words) — they appear to sift through social media looking for ‘incriminating’ comments etc about their targets/victims/enemies. Some try to gleefully blow things up into a scandal using mock-outrage or just ‘nasty party’ type one-eyed name-calling. (Weaponizing people’s information.)

I don’t have enough time to do that, and my interest in it is by necessity fairly shallow, but what I notice locally is that some public figures (like Labour MP Trevor Mallard, or NZ First’s Winston Peters or National’s Michelle Boag or Auckland mayor Len Brown or Union officials …) seem to cop it incessantly and in a nasty, fixated, low-value way. Often, despite window-dressing, there’s no real scrutiny and criticism (‘public discourse’), just a lot of abuse. I’ve pointed to a handful of people I’m aware of who appear to do that.

I spotted a very funny comment on Scott Yorke’s ImperatorFish blog today, on a post which is a satirical open letter to Cameron Slater — ‘Thank You For Helping‘ …

Step 1: Make lots of posts repeating anything that anyone has asked you to.
Step 2: (long pause or silence)
Step 3: For the Win!

But, despite all this, Berners-Lee’s larger point is a good one. It’s a ‘public good’ to be able to look at what’s being said by others.

I personally believe in accessing ideas with which I don’t always agree — and dialogue without falling down the rabbit hole — and more so, given my interests, to consider communication tactics … so that I can engage with them, if appropriate, and call ’em as I see ’em.

PS I publish my own eclectic thoughts and comments (sometimes ‘pontificating’ ‘sanctimoniously’, apparently) here and elsewhere openly in my own name, to give others the same opportunity with my ideas. Within reason.