I only know what’s been reported about this case, but it makes the point, doesn’t it?, that lawyers and their ethical standards fall on a bell-shaped curve, like the rest of us.

For the Law Society (which can often be perceived as taking a ‘circle the wagons’ approach to criticism or complaints against dodgy lawyers) to act so harshly, this must have been an exceptional case. Overcharging a client for incompetent service, or failing to disclose a conflict of interest must be among the cardinal sins of the legal profession. 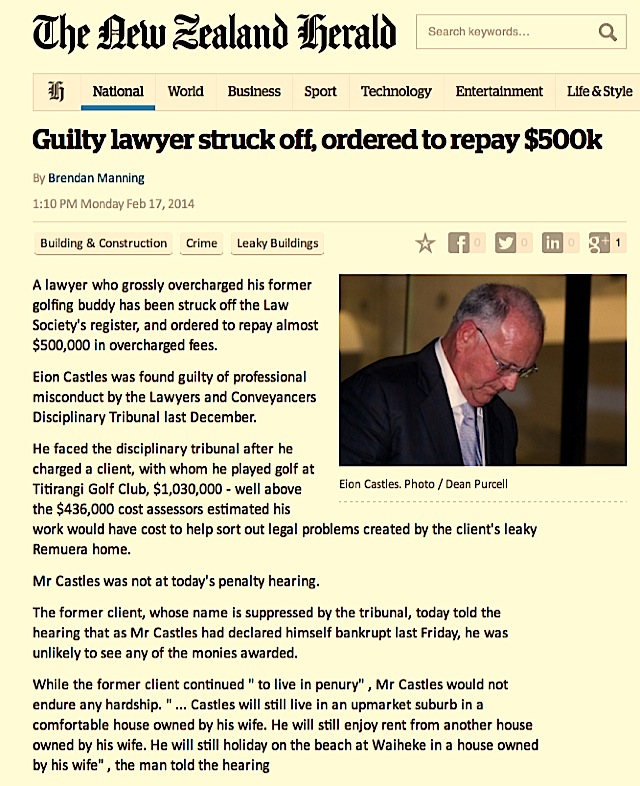 The ripped-off client’s lament about his former lawyer’s timely bankruptcy (last Friday!) is familiar too.