« Hansard can be a real bitch, eh Mr Key?
Engaging, rather than demonising »

Crikey. If this is how Murdoch’s flagship Wall St Journal operates, what’s going on in the background at Fox News?

This tale of corruption, money-channelling and ‘news’ articles used as bribes to keep the conspiracy alive is devastating. It’s from Nick Davies who exposed News International’s phone hacking and police & political corruption … 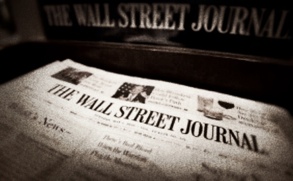 Photograph: Mark Lennihan/AP via The Guadian

The Guardian found evidence that the Journal had been channelling money through European companies in order to secretly buy thousands of copies of its own paper at a knock-down rate, misleading readers and advertisers about the Journal’s true circulation.
The bizarre scheme included a formal, written contract in which the Journal persuaded one company to co-operate by agreeing to publish articles that promoted its activities, a move which led some staff to accuse the paper’s management of violating journalistic ethics and jeopardising its treasured reputation for editorial quality. …

Read the article at The Guardian

Senior executives in New York, including Murdoch’s right-hand man, Les Hinton, were alerted to the problems last year by an internal whistleblower and apparently chose to take no action. The whistleblower was then made redundant.