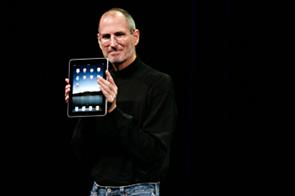 Why The iPad Will Change Everything

Jobs is a relentless perfectionist whose company creates such beautifully designed products that they have changed our expectations about how everything around us should work. He has an uncanny ability to cook up gadgets that we didn’t know we needed, but then suddenly can’t live without. The iPad is his personal pet project. It’s something he’s been working on for years, reportedly even while he was recuperating from a liver transplant. Jobs calls it “a truly magical and revolutionary device,” and supposedly has told people close to him that the iPad is the most important thing he’s ever done.

Which is why so many of us raced to San Francisco in January to get an up-close view of the miraculous tablet. Yet my first thought, as I watched Jobs run through his demo, was that it seemed like no big deal. It’s a bigger version of the iPod Touch, right? Then I got a chance to use an iPad, and it hit me: I want one.

Let’s be honest: Jobs and his crew make the Church of Scientology look like a bunch of easygoing sweethearts.

Worth reading the whole article at Newsweek.

Does it sound too sycophantic to say I absolutely agree that this device is a game changer? Its simplicity of interface and its connected-ness make it (or something like it) the NEXT STEP. Which was nicely expressed in Mike Monteiro’s prophesy:

The iPad isn’t the future of computing;
it’s a replacement for computing.