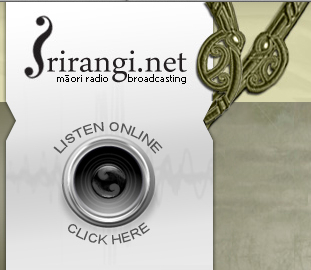 A highlight for me, early in his argument:

We should not be surprised in the digital age that its protections, in respect of the assumed royal prerogative (the right of kings, queens and parliaments to assert ownership over raw resources and the right to own and sell) reaches into areas like the spectrum resource. The courts have accepted that the Treaty deliberately placed a fetter over the prerogative in New Zealand.

Maori should not be blamed for the length and sharpness of those guarantees. Maori didn’t write the Treaty nor initiate the migration and colonisation which necessitated it. They are entitled to cling to the contract their ancestors signed.

It’s useful to remember that in all the claims Maori have made for spectrum in both broadcasting and telecommunications, they have displayed a clear idea of what they would do with spectrum and why it is needed. All have faced fierce Crown opposition and produced bitter fights in the courts.

All over the world a person or a group’s or a government’s attitude to ‘indigenous rights’ is like a litmus test. These issues, righting past injustices, have always seemed to me parallel with attitudes and responses to resettling wealth and goods confiscated from dispossessed Jews in the lead up to and during World War II.

I’m not Jewish or Maori (I’ve had a little to do with the impressive Piripi Walker and Huirangi Waikerepuru and, early on, some in the Wellington Maori Radio crowd through my late mother-in-law Tungia and Otaki whanau, and always wish them well) but let me say this as a New Zealander:
I’m intolerant of the shallow evasiveness of arguments like “The past is the past, what’s that got to do with us today?” (And don’t get me started on John Ansell’s heinous “Stone Age” and “Maorification” racist dog whistle politics.)

It’s easy to see that for generations Swiss Banks held on to what was fairly obviously Nazi plunder, resisting all attempts to repatriate that treasure to its rightful owners or their heirs … and then eking out the slenderest of token gestures as damage control after their decades of stonewalling provoked despair for the claimants.

Is that an unfair or offensive comparison to the Crown’s actions here in NZ? Perhaps your answer to that question is another litmus test.