There was a woman who was dying in a hospital; a double organ 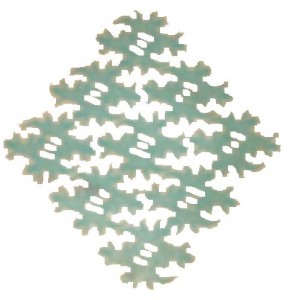 transplant gone wrong. Six months now her body had wasted away. Eighty pounds in weight now and her entire lifetime allotment of anti-rejection shock-drug therapy used up. After four exploratory surgeries to untangle this and untie that, everybody was at a loss. What was wrong with the woman? No one knew.

The original surgeon who had performed the surgery was fired and the head of the Transplant Center was now on the case. This was a big deal. Not only a human life, but also the very future of this “world class transplant hospital” stood in jeopardy. And nobody knew what had gone wrong – but wrong it had gone all the same.

Finally, one dark winter night the Head Transplant Surgeon decided that the time was at hand – he spoke to the husband. “I’m going to redo the entire operation – top to bottom – back-to-front – inside and out — and I’ll remove a few pesky things like gallbladders, appendixes and such.” The doctor was honest with the husband, “we have no choice. We do not know what is wrong with your wife – only that — she is dying.”

And so, surgery was scheduled, and six hours later, done. The woman was sleeping in the hospital room and the husband stayed with her. She did not wake during the night and he left her the next morning to take their daughter (who had spent the night at a cousin’s house) to school. When the husband returned several hours later he was pleased to see that one of his wife’s aunts was visiting.

This aunt was rather unusual in the fact that for almost twenty years she suffered from the disease Cerebral Palsy – though you would never know it to look at her.

And here, this is where things get a little strange, this aunt, a Catholic, had done something rather quirky – something just a little different – something that make Catholic hearts skip-a-beat and Protestants and non-believers wary.  During the 1980’s, and just prior to the height of the phenomena, this aunt had visited the town of Medjugorje in the country of what is now Bosnia-Hercegovina. The aunt, being one of the very earliest of visitors, had the very good luck to chat with and visit with the young visionaries – a very rare privilege indeed.

And, here today, when the husband walked into his wife’s hospital room he found this plucky little aunt praying at his wife’s bedside. Interrupted from the prayer both women turned and greeted the husband. Much to his surprise the husband saw something else; but it was difficult to explain, a shaft of light, or some obscuration from the window pane maybe, this dust of light was reflecting off the two women; and so it was hard to see them. As the man returned their greeting and came closer he noticed an amazing thing. …and this can only be understood by someone who knows what a person who is dying looks like. When a person is dying there is something physically solid and yet ethereal about them all at the same time – a darkness and yet a light, a grayness, if you like. And while they are dying (and this can be over a time period of many months) those who are not dying don’t notice this strange milk-dew aura that surrounds their loved one, and most never notice it at all because, sadly, they simply become used to it, and after death has taken their loved one – they notice only the absence of body and not of death…

But, in this case the husband immediately saw that this shadow-mask of darkness had lifted from his wife. He said, and I quote – “but, you are better! The operation worked!” Together the aunt and the husband, at the insistence of a nurse, walked the woman up and down the corridor. The husband could hardly believe it! Two days ago his wife’s hair had been falling out; she had been bedridden for a month and had been hooked to insatiable intravenous sticky things in her arms and legs for two months before; the excruciating pain that he witnessed during those times when he had watched helplessly, as his wife, doubled-over, screaming in pain, at some unseen and unknown assailant, were now gone — vanished! And here – walking – in place of where a wheelchair once rolled — were feet. The husband could hardly believe this new life he had found – it was truly – dare I say it – miraculous!

So, the question remains to this day – ten years on – was it the redo of the original operation or was it the presence of something else? Possibly, it does not really matter. What matters is that the husband and the wife and the daughter have had another ten years together – a blessing to be sure.

The wife, to this day, even though a believer in a Just and Catholic God believes that her transformation was due to the good doctors’ doings and the simple grace of God, but nothing more. She constantly reminds her husband that he (her husband) is mostly full of crap and “want-to-imaginations” anyway – so why should this be any different?

The husband, however, who agrees with his wife (out loud), is probably all those things and more, but regardless of his wife’s remonstrations, he can never be exactly sure of what it was he saw that day – only that – he is thankful for what extra time that he has received. Because, in truth, people don’t just get double-organ transplants on a whim, and the underlying disease that brought his wife to that terrible place to begin with, still owns her, and one day will, sooner than the husband will likely admit, claim her.

And still: the husband, a dreamer, a lover and a fool, continues his daily internet-pilgrimage to Medjugorje for the latest message to the world…

“Dear children, Today I am calling you to, with complete trust and love, set out with me, because I desire to acquaint you with my Son. Do not be afraid, my children, I am here with you, I am next to you. I am showing you the way to forgive yourselves, to forgive others, and, with sincere repentance of heart, to kneel before the Father. Make everything die in you that hinders you from loving and saving – that you may be with Him and in Him. Decide for a new beginning, a beginning of sincere love of God Himself. Thank you.”