Try not to make it personal

Note: I wrote this post in March 2012, but it felt just too raw to post it then — too soon, as they say. So it languished, forgotten in my ‘drafts’ until today, when I searched for a reference to Andrew Sullivan at a White House dinner for my reply to Lucia Maria’s comment on my post re Sullivan’s thoughts about  private and public unforgiveness. OK, enough time has passed.  – P
—

The kind of high stakes in-the-arena 24/7 blogging lifestyle is not always easy on the body or soul. We were often at crossed swords online but tried not to make it personal. [emphasis added]

Elsewhere, Sullivan speaks of the ‘brutal’ ‘new media culture war’, and describes Breitbart as its ‘first casualty’. I don’t agree with the description, there have been other, more talented bloggers who’ve died in the harness (and journalists who’ve been executed for gods sake!) but focus for a moment on the ‘battle’ Sullivan describes: the new media culture war.

Jay Rosen alerted those working in mainstream media to wake uomto the fact that there are ‘enemies’ who seek their destruction. See “I’m committed to the destruction of the old media guard.” ABC News and Andrew Breitbart. 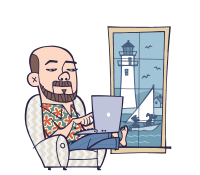 Brietbart, along with his confidence trickster/sorcerer’s apprentice James O’Keefe, are part of that group that use every opportunity to demean or attack those working in the news media variously describing them as liberal elite left wing blah blah – it’s usually tribalism, as we have discussed. People become fixated with scoring a point ‘For the Team’. That’s what is often behind the nasty sledging and attempts at online character assassination.

I enjoy reading Andrew Sullivan. He’s a complex, more nuanced writer and commenter than than his many cut-rate imitators. His kindly tone towards Brietbart on hearing news of his death is understandable. His:
“We were often at crossed swords online but tried not to make it personal.” … Is a good model.

My own view of my online protagonists Is sometimes coloured by their attitude towards what I’m trying to say. I mostly can’t stomach liars and bullies, and especially racists, and will call that out where I see it.

I get exercised by what I see as duplicity when confronted by it. Hopefully not as exercised as Andrew Brietbart did a few weeks ago…[Note: I wrote this in March 2012]

Is it true that angry men suffer more heart attacks? Dunno. But I hate to think of the toxins pumping through Brietbart’s bloodstream as he emoted such apparent rage at the Occupy protesters,

Argument is not just about passion, or who ‘pushes it harder’, or stoops lower in their ‘culture war’. It’s about reason too, and truth (!) in my view … unless it really IS war, like against invaders. (But history, as they say, is written by the victors.)

As mentioned in David Frum’s obituary of Andrew Breitbart, the personalisation of his ‘attack’ on Obama — Breitbart’s ‘hating a particular political man’ is often disguised or justified by a spectre of ‘Wah! They’re oppressing me!’

Prior to his passing, Andrew Breitbart said that the mission of the Breitbart empire was to exemplify the free and fearless press that our Constitution protects–but which, increasingly, the mainstream media denies us.
“Quis custodiet ipsos custodes?” – “Who guards the guardians?” Andrew saw himself in that role—as a guardian protecting Americans from the left’s “objective” loyal scribes.

To do what? Lie? Hate? Bleurgh. What pap.