Trolling and your ‘personal brand’

This, from an interesting article by Kashmir Hill at Forbes which I read last month, dovetails in with my earlier comments (see: Drunken yobos spit in MP’s face, then skite to their mates like idiot schoolboys) about bombastic partisan bloggers and anonymous trolls paying a price for their often trenchant and Quixotic campaigns.

So what keeps people from trolling? When your name and face are attached to what you write, you start to develop what our CPO Lewis D’Vorkin loves to call “a personal brand.” I think of it as voice, authenticity, and reputation.
As writers’ bylines become bigger and our photos become more prominent, this comes to matter more. After a certain amount of race- and gender-baiting, you establish a “troll” brand and that brand may become so toxic that you become irrelevant. And that is the worst fate for any writer (and every troll): to be ignored. 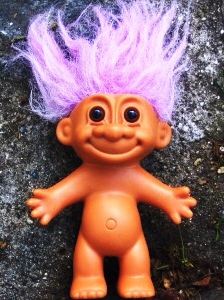 This touches on what I have tried to say — here and elsewhere — about one’s online persona affecting (‘impacting’ some might say) one’s credibility … in the offline, er, real world.

I strongly believe in people being accountable for their public statements — I don’t ‘do’ anonymous comments, and sometimes that has a cost. Freedom of expression is a wonderful thing, and I respect people’s right to express their opinions and beliefs, whether I agree with them or not — hate speech, racial/religious bigotry and incitement of crime excepted.

I have personally suffered narrowly confined but none the less concrete damage to relationships as a result of reaction to comments and information I’ve posted openly here on The Paepae … which, when it happens, catches me by surprise. Perhaps it shouldn’t. Or perhaps one is never truly beyond making miscalculations and mistakes. (Myself included, naturally.)

In a recent episode the ‘damage’ went beyond the malevolent schoolboy pranks of the ‘internet marketers’ — now bankrupt or on the lam (cough) — who set out to smear me with fake blogs and internet ‘articles’ and tried to steal my identity. Then there’s the glove puppets who’ve tried to cause me unspecified harm through anonymous slander and mischief. But never mind.

The larger point, that we each — eventually — develop the reputation we deserve, remains. (A whimsical and vaguely related thought from Coco Chanel: “A woman has the age she deserves.”) It’s completely valid, as Kashmir Hill demonstrates, in this case to suggest that troll-like behavior can create a ‘toxic brand’, then alienate an audience, bore them … and even create enemies. It happens.

The argy-bargy about Clint Heine (see comments on the drunken yobos post) wherein he claims a fixated critic is following him around the internet posting negative comments about him — and using false names to do so — illustrates the dangers of reputation.

If Heine’s claims are true (why shouldn’t we think the are?) there is someone pursuing an anonymous/pseudonymous campaign of denigration against him. Perhaps it’s not as devious or comprehensive as the one which got Crystal Cox in so much trouble, or even the silly black hat stuff aimed at me, but short of an obvious ‘whistle-blower’ rationale, it looks like Clint Heine has attracted an ‘anti fan club’ of one. That’s tiresome, but I didn’t know any of that applied when I originally described how his online interchanges with Trevor Mallard caught my eye.

Most of us have more to get on with in our lives, and therefore get on with things more important. A blog is a diversion, in most cases, a hobby, not a ‘main thing’. I still think Cathy Odgers’ 2009 description of blogging as “an utterly useless waste of a person’s time” (and yet we persist) is delightful.

For those who take blogging ultra-seriously, or who imagine building their ravings & exaggerations, their bullying & baiting — their troll-like persona — into some sort of money-machine or a full-time gig — or worse, those who nurse the slender hope that their clumsy infamy may one day lead them to the misty heights of talkback radio (ugh) or some sort of ‘media presence’ — well, they have my sympathy.

But still, who am I to dampen such ambitions? As Chanel herself may have said:

*Or Frank Sinatra? “The best revenge is massive success.”