« On Bain rifle fingerprints
Sights and SOUNDS of coffee being made »

Suppressing free speech and editing Wikipedia. Is that why we pay taxes, Mrs Collins? 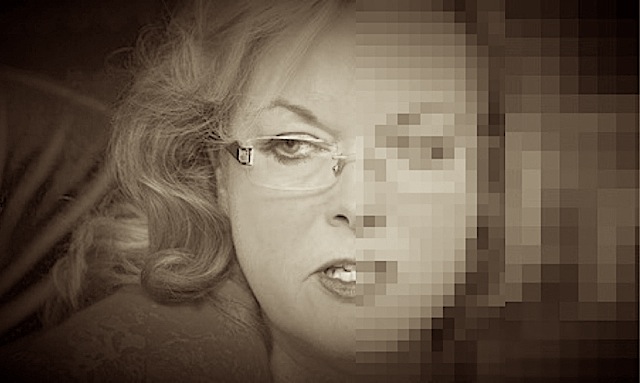 This blog post (below) from Roger Brooking gives me the creeps.

Go and have a read and see what you think. Judith Collins’ staff editing wikipedia articles on justice issues in NZ? I’ll wait.

Interesting, huh? Not so much for the [alleged] revelation that someone from Justice minister Judith Collins’ office tried to influence who Radio NZ National’s Nine to Noon current affairs programme would interview (or not) on a public issue.

Mrs Collins, through her spokesperson, is perfectly entitled to try on that distasteful, boundary-crossing little tactic. And Kathryn Ryan’s producer is also perfectly within privilege to ignore it, as I would fully expect she would. Resisting power-plays and overreaching like that is part of the job. (I know that from five years producing Paul Holmes.)

Also, like the poor, sock-puppets editing Wikipedia pages will be with us always. In a way, if it’s true, I think it’s admirable that Mrs Collins’ PR flack should use such a clear pseudonym as JC press sec.

No doubt Mr Brooking is aggrieved at the ‘shredding’ of his articles about the NZ Justice system on Wikipedia after being mysteriously banned as an editor. For whatever reason. Yeah, I would be too.

I can understand his alarm reaction too, especially *if* it is being done, as he suggests [not proven] on Mrs Collins’ behalf and, thus at the taxpayer’s expense. Such actions by a public servant would demonstrate an intolerance of criticism of the government of the day which seems quite alien to the New Zealand way of life, in my view.

Further, assuming Roger Brooking’s conclusions are correct, if that’s an indication or example of Judith Collins’ tolerance for dissenting opinion or criticism being ‘published’ (as opposed the warm foot-licking and back rubs she gets from certain other quarters) well, all I can say is: I thought better of her.

Doesn’t democracy demand citizens exercise freedom of expression, and — especially — the right to criticize the powerful? Yes, I think it does. (Am I missing something?) And also, really, in these times of fiscal restraint, why would a cabinet minister’s staff [allegedly] apply its focus, time and energy to sweeping Wikipedia clean?

That seems not only tacky, precious and reactive, but also a waste of public resources, and a loss of direction. To me, anyway. Bleurgh.

But from where I sit, the creepy aspect of Roger Brooking’s narrative is the revelation that someone’s (anyone’s) prison visitation rights should be so arbitrarily determined by a government bureaucrat based on what the visitor was reported as saying in the local paper about their views of government policy or ‘wasteful’ Corrections department expenditure. (Hello?)

I thought New Zealanders had freedom of speech – according to the Bill of Rights we do. But Judith Collins and Chris Burns don’t seem to think so. Mr Burns declined my application for being “critical of the way the Department operates in regard to stopping prisoners using cell phones in prison”. How bizarre. But guess what. Information about the failure of the cell phone blocking technology was then deleted from the wikipedia page about the Corrections Department. This is called censorship!

Look, I know Anne Tolley is the Minister for Corrections, not Judith Collins. So it’s not necessarily ‘on point’ to blame Mrs Collins for the rejection by a Corrections department mandarin of an application for a prison visitation pass, but …

What the hell? Really? Does that seem OK?

PS If you’re reading this JC press sec, feel free to post a comment below or drop me a line (address here) and explain things from your side of this wee ‘controversy’.

Thanks to @jofromgreylynn for the link to Roger Brooking’s post.