Strive for peace (from a different angle)

Late last year (ha! That’s the first time I’ve said that in 2014!) in a post Settlement of legal action as a ‘peace premium’ I explored how …

Sometimes it’s clearly in the interests of a ‘wrongdoer’ to pay something for peace … and it’s appropriate for prosecutors to accept effectively an admission and a plea bargain — even if the dollar amount levied and paid is actually a fraction of their real ‘proceeds of crime’ (as is often the case).
In the interests of peace (being a cessation of hostilities) it can be worth accepting a demonstrably token gesture.

Here’s a similar thought flicked to me via Facebook … 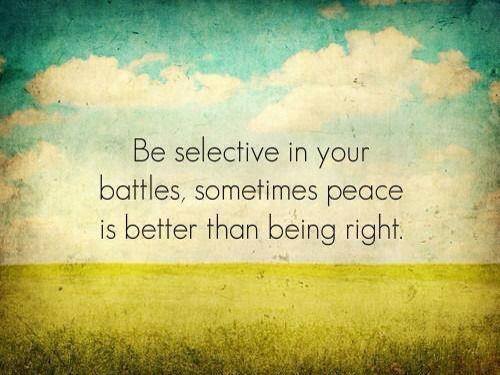 As far as possible without surrender be on good terms with all persons.

So, yeah, there’s a time for calculation. (‘Be selective …’ above.) By all means, conduct a cost-benefit analysis, and, for the sake of your mental and physical health, be prepared to leave some battles unfought. (Some fights are ‘not worth the candle’ or, put another way, ‘A total waste of lipstick’. ;))

But some are. And let me admit this, as I have disclosed before: I struggle with the whole ‘Turn the other cheek’ thing  — a version of which was recently expressed by Malala Yousafzai (wikipedia), the Pakistani girl shot by a member of the Taliban opposed to her advocacy for education for girls in her home country. 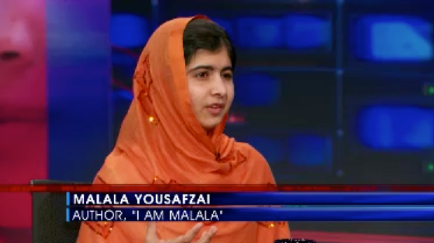 “Then I said, ‘If he comes, what would you do, Malala?’ “- Click to watch this interview at The Daily Show

Inspiring. And, taking nothing away from her, as my friend poormastery has pointed out, sometimes evil must be opposed by force. Fascism, imperialist communism/totalitarianism, religious persecution, genocide, [fill in the gap] … the suggestion that one be selective in one’s battles (i.e choose them carefully, like your enemies) presupposes that you are prepared to fight some battles.

If I may mangle Ecclesiastes (not for the first time, nor the last): ‘For everything there is a season…’

I am, sometimes, prepared to play the part of avenging angel, defender, whistle-blower and critic. I’m not a saint* but I try to act fairly and based on facts.