« A sharp foil is a wonderful thing
Homemade space program »

So the Sunday Star Times rang Paul Henry for an interview. He said ‘No, sorry, won’t/can’t talk’ (meaning on the record) or words to that effect and was courteous enough to have a brief chat with the journo… who later transcribed the discussion, and the paper published it. 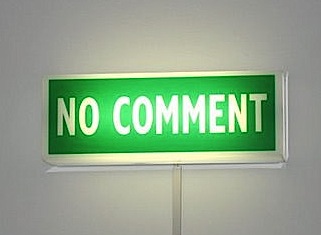 THIS sort of behaviour, in my opinion, is part of what gives journalism a bad name (as untrustworthy).

Henry walks off into the sunset

WHEN the Sunday Star-Times phoned last week, the one-time Breakfast presenter’s “no comment” ran almost five minutes. On the same day his former TVNZ boss Rick Ellis went to Government House to make a personal apology about Henry’s comments on the governor-general’s ethnicity, this is the conversation Henry had when he wasn’t having a conversation.

SST: Is there any chance that we could have a catch-up?

PH: Look, I really haven’t got anything to say to be honest. I’ve made the decision that, unlike Chris Carter, I will go quietly. …

— five minutes discussion, reported in the paper despite his wishes —

SST: Well, I’m taking notes, but I am curious given money is no object …

SST: Well, we didn’t say we were off the record.

PH: In which case there’s absolutely no chance that you would get the interview (laughs).

SST: So aren’t you happy for me to quote…

PH: Clearly this is an interview now so I’m going to have to end it because I don’t want to give an interview.

SST: Well, let’s just go back over what you’ve said. You haven’t …

PH: No, I don’t want to give an interview and I made that quite clear at the beginning.

Read it in all its glory here at stuff.co.nz.

He wasn’t being ‘interviewed’, in my opinion. That was clear, and the ‘interviewer’ was pretending (acting as if) that had NOT been communicated. It had. Therefore, the ‘transcript’ of his five minute ‘no comment’ explanation was obtained effectively by false pretences, in my view. Seems shabby to me.

Now of course, if the stakes were higher: if he was a financial fraudster (whether ‘dodgy company director’ or a ‘multiple welfare bludger’) or a ‘crooked industrialist poisoning a local water reservoir’, or any number of other worthwhile targets, maybe there might have been some call for this (politely:) tricky behaviour by the journo.

But, really, come on, a TV host who resigned in the face of criticism? Aren’t there bigger fish to fry? Wasn’t this bloke entitled to say ‘No comment, thanks’ and have that respected? … rather than be tricked this way and a transcript published?

It reminds me of the trick where a photographer aims a lens at a front door and a reporter knocks on the door, then when the ‘target’ opens the door, click-click-click — ‘But we took that photo from a public place’. Right.

Anybody see it differently?