There’s been a dose of opprobrium directed towards a Labour MP Darien Fenton for her Facebook comments (yawn) in reaction to ‘The Mad Butcher’ businessman/philanthropist Sir Peter Leitch publicly endorsing the National Party in the lead up to the General Election. 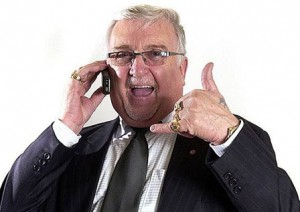 Some of Labour’s political enemies have sought to make it a litmus test, describing criticism of Saint Sir Peter and his effusive endorsement of National and implied public criticism of Labour as ‘class warfare’.

Even the NZ Herald editorial today implied Ms Fenton’s comments were a ‘cringeworthy and callous’ political clanger and her statement (on Facebook!) that she would choose ‘not to buy stuff from those who support Tories’ as ‘petulance’ against ‘a working man selling his meat in working-class areas for more than a generation’, someone, the anonymous Herald writer said, who ‘despite his own wealth … has stronger blue-collar credentials than Ms Fenton and her Opposition backbenchers combined.’ (Purple, huh?)

For Ms Fenton, though, his [Leitch’s] broadcast utterances were political treason. That any member of the country’s working class could speak well of a “Tory” leader is anathema. Unthinkable. Unforgivable. [Comment: Note these are the NZ Herald’s word’s, not Ms Fenton’s.]
The Mad Butcher was shocked by her withering personal rejection and the attempt to denounce him for saying what he thinks. His former butchery business was also stunned by an inference some had taken that a Labour MP was calling for a boycott of the Mad Butcher stores, many of them in rock-solid Labour seats.
The Fenton comments would have been politically dumb and personally reprehensible at any time, given Sir Peter’s record for serving the communities the MP purports to represent.
But her timing, amid Sir Peter’s well-publicised but tentative recovery from cancer and the joy of all league fans at the Warriors’ late season success, was particularly damaging. The general election is in less than two months. Her party is at historic lows, Mr Key’s National Party at historic highs in the opinion polls.

Now, there’s a part of comments from the nameless editorial writer at the NZ Herald that I completely agree with: ‘The general election is in less than two months.’

Yes indeed. And in that context, ‘working class hero’ Peter Leitch’s highly-charged political comments (or merely ‘saying what he thinks’ according to the faceless Herald writer) must, surely, amount to election campaigning. Do they?

I’m a fan of Mr Leitch’s and actually heard the radio interview when it was broadcast on 19 September. I recalled Mr Leitch’s comments going considerably further that the unnamed NZ Herald writer’s vapid and anemic characterisation: ‘…saying on Radio New Zealand that he liked and backed National’s John Key.’

Listen to what Mr Leitch ACTUALLY said for yourself … and see what you think. Here are four brief extracts (total 3:45) from the full 31 minute Eight months to Mars interview between Radio NZ National’s Jim Mora and Sir Peter Leitch.

Here’s a link directly to the extract MP3 file. (You can listen to the full interview here at Radio NZ’s website.)

Click to listen to the full 31 minute interview at radionz.co.nz

And here’s a transcript of the key extract — the fulsome/damning (depending on whether you’re a National/Labour supporter) ‘public endorsement’:

Peter Leitch: Jim, can I say this to you and your listeners: I’ve never been involved in politics in my life. Never. This year, I’ve become very focussed on this election because I think the election will be the biggest election of our life — in my time. And I’m a great supporter of John Key’s. I’m a great supporter and I’m publicly supporting him now and I’ve never done that in my life.
Helen Clark was a very good friend of mine but I never come out and endorsed her. But I think this election is so important that people like me need to make a stand. You know? Because I think it’s — Christchurch, Pike River. You know, my father was from the West Coast so you know I know about mining. It’s really set us — it’s set the country back Jim, big time.
Jim Mora: Some of those Christchurch Labour MPs have done a good job though.
Peter Leitch: I’m not questioning that. I’m talking about running the country, Jim.

National Party agony aunt Cameron Slater ‘reports‘ that Sir Peter telephoned him and expressed ‘deep hurt’ that he’d been criticised for these comments, even saying he felt he’d been ‘stabbed in the back’.

But just for a moment put yourself in Labour’s shoes. Working class hero and former ‘good friend’ of Labour PM Helen Clark goes on National radio and publicly takes a dump on them, just before an election. Ask yourself: Who is stabbing whom in the back?

Peter Leitch says he’s ‘surprised and hurt’. But please read the transcript: During a 30 minute appearance on radio, he announced that he was now taking a step he’d never taken before: to become involved in politics and endorse a political party in the lead up to an election. The Mad Butcher (everybody’s mate) did this against type, you could say — in a context where he and his interviewer were making much of his working class ‘little people’ roots and influence. Come on.

Now I’m NOT saying Peter Leitch who has a long history of good works and sporting & charitable contributions, has become some sort of ‘class traitor’. Like all of us, he’s entitled to his opinions, to change his mind, and to express his views. (But the same freedom goes to Darien Fenton, too, surely? Or is that an inconvenient question?)

By golly customers, Peter Leitch HAD to expect his highly political public statements would spark a reaction. At the very least he had to expect people would express surprise at the Mad Butcher’s deliberate (or naive?) foray into party politics … and his blatant attempt to use his reputation and prestige to influence an election just two months away.