Media bias: In the eye of the beholder 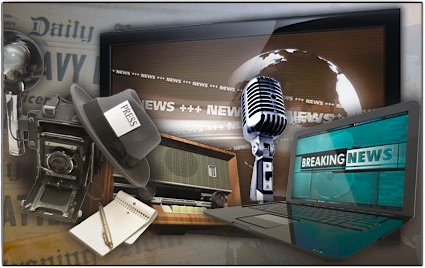 Journalism is printing what someone else does not want printed: everything else is public relations. — George Orwell. (image: uctv.tv - click)

My opinion is that there is a monolithic seachange in media approach. I believe that there has been a shift toward populist shockjock opinionated and quite trite media. They look privileged – they sound privileged and they act privileged. I cannot get my head around the way news presenters now comment on the news – they inject personal opinion – regularly. It all started with Holmes – and it is continuing. Holmes wasnt a newsreader – but his nasty little influence and populist style appealed to the worst in people.

Gee. I worked with Paul Holmes for five years, producing his NewstalkZB breakfast show, and ‘nasty little influence’ is honestly the last thing I would say about him. I did not find him nasty. Nope. Populist? Well, yes, but that *is* the idea in commercial radio. The ratings matter a great deal. (Don’t let anyone tell you that they don’t.) Opinionated? Oh, yes. Thankfully. On occasions the ‘Avenging Angel’ work we would do on the show relied absolutely on Paul’s sense of outrage and desire to hold people to account. One needs convictions.

But let’s look at the substance of Ivan’s suggested scenario — which he outlined in response to my own comments disclaiming “… a unified monolithic response to politicians by the members of the news media. In fact there is often a contrarian reflex to punish mistakes and highlight political missteps of ‘winners’ — even by those whom the public think the damned-news-media universally regard as golden boys.” I went on to point out the PM and cabinet’s frequent ‘unavailability’ for serious interviews.

I stand by my comments. And would add that I DO respect and understand Ivan’s frustration with the perception that the (in this case) Labour Opposition is finding it hard to catch a break faced with the … let’s call it ‘deft’ political management being practised by the National government, and difficulty cutting through. (First term governments get cut a lot of slack. It’s uphill all the way for first term Oppositions.)

Interestingly, Russell Brown describes “the cultivated political absence that shapes the almost unprecedented popularity of John Key. The Prime Minister does not appear on Morning Report and only rarely on either of the main TV current affairs shows.”

Indeed. And, bugger it, it’s working for him. He doesn’t need them or the aggro. It’s not (yet) compulsory to be interviewed by Mary Wilson.

Leaving aside the controversy du jour, I feel Ivan’s perception of “a shift toward populist shockjock opinionated and quite trite media” has some merit, with distinctions. I refer to something I call ‘tabloidization’ and see it as, sadly, a response to what attracts audiences: Lowest common denominator …giving people what they want. (Yes, that means video, if we have it, of Mike Tindall snogging.)

It’s nothing personal, but when they fill Close-up with celebrity interviews and movie premieres instead of meaningful news and current affairs, well, … that’s not my cup of tea. (But I’m only one. It may rate its socks off.)

Opinion where we don’t want it or expect it

I don’t take Ivan’s description: ‘populist shockjock opinionated and quite trite media’ as a condemnation of the ‘news’ business. I still see a division between news and opinion/programmes, but, like Ivan, sometimes feel jarred at the inclusion (injection?) of a reporter/newscaster’s unwanted opinion in a news report. But it won’t kill me.

Let me say: Political reporting or analysis by political editors — sometimes attempting to put subtle or nuanced events, statements or positions into context or demonstrating how a step here relates to an argument over there, or cluing me in to an ongoing rivalry or tension, even breakdown … that can be valuable. No question.

But a reporter’s opinion, like say ‘I wish there were more pakeha here at Waitangi’ or, worse, predictions: ‘ACT is stuffed’ or ‘the skids are under Goff’ or ‘Hone Harawira has made a terrible mistake’ … all prior to the real events that will prove them right or wrong … well, not for me, thanks. (But I’m only one. Others may love it.)

To finally reach the point I set out to make in this post in response to Ivan: the monolithic nature of the news media. No, Ivan, not really. Not in my experience. Sure, yes, there is a ton of ‘following’ and ‘matching’ in the news game — we all sniff around after each other’s leads and stories and try to second guess each other. It’s an intensely competitive game, particularly in the Press Gallery, and there are occasions when the strong odour of groupthink wafts through the corridors.

Once I was followed from the Press Gallery to no-longer-PM David Lange’s office in ‘Siberia’ by a personable newspaper reporter who cheerfully admitted he didn’t know where I was going or why, but he saw I had my tape recorder with me, so I was ‘obviously going somewhere’.

But the desire to ‘scoop’ the pack, or to find an angle for your story that when published/broadcast demands that other news organizations ‘pick it up’ or try to match it or ‘progress’ it (rather than ignoring it) is very very strong. 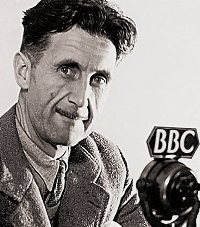 Are journalists ‘privileged’? Well, again, no, not really. It’s not a glamorous or ‘prestiged’ profession, despite what others may think. We (and I say we) usually suffer from curiosity or desire to see ‘inside’ without being ‘inside’ … and I guess that’s a privilege. But many of us are against privilege (in an elite sense) for the sake of it. Even more so, against corruption. Images of naked Emperors (or making them so) swirl in our imaginations. Hence, George Orwell’s: Journalism is printing what someone else does not want printed: everything else is public relations.

Journalists usually respect someone who is competent at dealing with ‘da-meed-yah’ (‘feeding the chooks’ Joh Bjelke-Petersen used to say) up to a point. But we HATE it when someone is ‘using’ us, or lying or obfuscating … or, in the case of radio/TV, chewing up the interview time with strategies and spin and NOT ANSWERING THE QUESTION (… unless they say ‘I’m not discussing that today’ up front, as Len Brown did recently when asked three times about the possibility of Auckland Council suing its trains contractor over the transport fiasco on the opening night of the Rugby World Cup.)

Like Ivan, I’ve observed a ‘give a dog a bad name’ group hallucination infect a group of journalists, leading them, as a group, to be dismissive, even unfairly disrespectful of a politician or public official.
That’s bad, in my view.
And sometimes, the ‘dog’ gets the better of them, with their real world results exceeding the miserable general expectation. Ha ha.