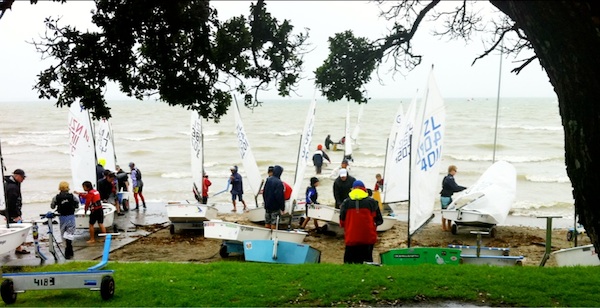 Both my kids have learnt sailing at our local sailing club. Last weekend, in pretty rough conditions, I helped out in a minor way when the club hosted a big Auckland regatta … a huge effort by the club, parents and volunteers, and really worthwhile, especially for the junior sailors.

I noticed this quote about respect on the club noticeboard. Like so many of the lessons we learn through sport, it applies to much wider areas of our lives. 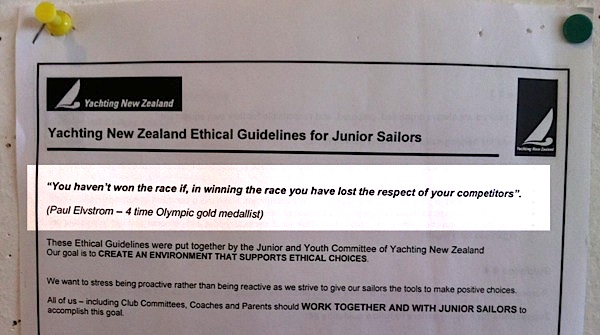 'You haven't won the race if, in winning the race you have lost the respect of your competitors.' — Paul Elvstrom, 4 time Olympic gold medallist.

As a rule, I don’t throw the words ‘ethical‘ and ‘unethical‘ around much. I’ve learned they can be like a two-edged sword, implying unintended claims of sainthood on my own part (I’m NOT!) Also, people are complicated animals as we discussed in my post ‘If you prick us do we not bleed?‘ I can’t see inside them any more than they can see inside me.

Even so, when one observes the dodgy and deceptive twisting and turning some operators indulge in to try to evade their commercial responsibilities (and their moral obligations to put things right where possible) one has to ask the question: What ARE their ethical values, really? Despite what they might SAY they are.

A loud, repeated, public over-emphasis on his own personal integrity was one of the first warning signs* that a plausible-appearing, um, personality who burst on the ‘property education’ (ahem) scene a few years back may actually be considerably less trustworthy than he so ardently, copiously claimed to be.
And so it has proved, repeatedly, as far as I can see.

Respect. It’s worth something.

It’s worth avoiding engaging in certain actions, or entering certain business alliances, or making certain untrue or misleading claims to nurture and retain respect. These and other things can destroy respect. (These are my personal beliefs.)

Like chickens coming home to roost, as the saying goes, people’s actions and reputations eventually catch up.

We’ll discuss self-respect another time — a quite different matter.