« Wailing about death threats, forgetting what they’ve written themselves
Criticism or demonisation? Thoughts about The Standard’s treatment of the Paganis » 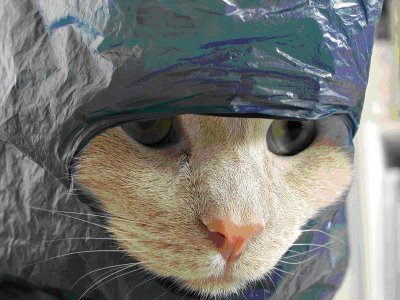 Here’s an interesting legal foray into some of the issues a Judge faces when considering involvement in social media.

The first thing is, as the New Zealand Guidelines point out, that Judges are a part of society and not aloof from it. Judges are an essential part of a functioning society under the Rule of Law. That said, Judges must keep up with changing trends and developments in society and recognise them.

Herein lies the problem. I have argued elsewhere that new technologies bring about behavioural changes that may influence shifts in values. But new technologies will not change such fundamental values as the importance of a fair trial, the need for an impartial tribunal or adjudicator and the right to be heard in a cause. These are essential properties of our shared justice system. Furthermore, it is well recognised that the Courts, of the three arms of Government, lack the power of the purse or the sword. Their legitimacy relies on public confidence. Actions by Judges that undermine that confidence, that give a suggestion of partiality, that may even unintentionally appear to give a taste that there is other than a fair system undermine public confidence. By the same token, public confidence may also be undermined by a lack of understanding of the judicial role or the law and how it works. The problem is finding the point of balance, and that is something that Judges do.

The various guidelines for behaviour suggest that there are occasions where judicial engagement outside the Court room may be welcomed but not at the expense of public confidence in the system or the erosion of trust in a judge’s performance of his or her role. That must be the primary guide for judicial engagement with social media and especially the judicial blogger.

I agree with him about the priority of confidence in the legal system. It’s paramount that we expect and have belief in a neutral system of justice, whatever our cavils about any particular decision. Look at the wound caused by, say, the injustice of the Arthur Allan Thomas trials.

He’s also right about the ‘behavioural changes’ in technology and social media bringing about shifts in values. Human nature won’t change, nor will our inclination for argumentativeness — there’s something about the immediacy of internet publishing which seems to provoke or amplify heated flame wars. Poison pen letters and harsh condemnation used to be a relatively private affair, with exceptions. Now people are living their lives and fighting their fights in public. The sheer ease of publishing formerly private correspondence (emails) or excerpts from them sees communication (or cyber debate/war) take on a new level of accountability and consequences. Oops. ‘Normal’ levels of hypocrisy (!), two-facedness, or a-bob-each-way-ism look rilly rilly bad when laid out in a pseudo-journalistic fashion.

Elsewhere in his article David Harvey points to the effective permanence of web publication:

A hasty or badly expressed tweet could have regrettable consequences. At least a blog may be subjected to a more deliberative process with opportunities to review and edit – or to decide not to publish a post at all. But certainly, given the quality of information persistence that characterises the Internet, the position should be that once published the contents of a tweet, a Facebook comment or blog post cannot be withdrawn.

Or, in his case, someone else’s tweet about his punny comment at a NetHui discussion about copyright (‘We have met the enemy and he is the U.S’) led to his need to remove himself to maintain confidence in the system.

Read David Harvey’s Social Media and the Judiciary at his very worthwhile blog: The IT Countrey Justice.

I think we’re richer for Judge Harvey’s interest and involvement in social media. And his brainpower.