« It’s approaching double entendre, and, yeah, made me chuckle.
‘Space gray’? Where have I heard that before? Oh, yes. » 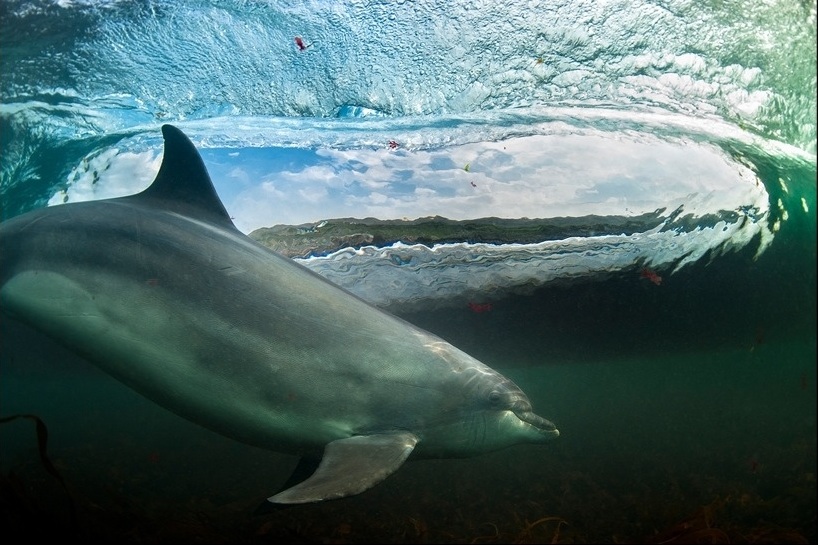 The beauty of Britain’s wildlife is celebrated as the winners of the British Wildlife Photography Awards are announced. This incredible encounter titled ‘In the living room’ was the overall winner and submitted by George Karbus who said: “Water visibility is always very limited in Ireland, and I was very lucky to get a shot like this.”

I love images of dolphins, for reasons I’ll explain another time.