« Another day in paradise
A manifesto » 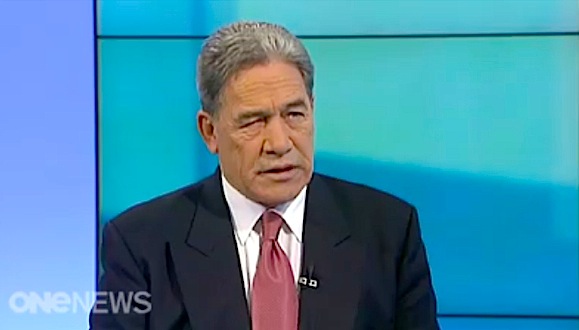 New Zealand First Party leader Winston Peters is one of the current NZ Parliament’s most experienced MPs, a lawyer, and someone who (whether you agree with him or not) has thought and spoken about NZ’s constitutional issues for decades.

Here’s his interview on TVNZ’s Q&A programme this morning about John Key’s controversial proposed expansion of the powers of the state spy agency, the Government Communications Security Bureau.

Asked directly whether he believes the Prime Minister’s overt claim that the bill does not NOT actually seek to expand the powers of the GCSB, Mr Peters described John Key thus:

[He’s] a sharemarket trader who likes to get a deal done as fast as possible, and is not a lawyer.

As Peters points out in this interview with TVNZ political editor Corin Dann, the Prime Minister failed to seek the NZ First leader’s expertise on the Intelligence and Security committee which is considering the proposed spying law changes — under urgency — and failed to even seek NZ First’s support “until he got desperate”.

Watch the full interview (8’37”) at TVNZondemand.co.nz