« Really sorry to read this about biased coverage
Public versus private forgiveness. And unforgiveness. »

Back in the 1990s, like today, I was the proud owner of a procession of Apple laptops including, for a while, a PowerBook 5300ce — the model that was dubbed ‘the FireBook’ after a widely reported incident where one of them burst into flames on a desk when its battery (manufactured by Sony?) overheated.

My 5300 never gave me any such trouble, but they were dark days for Apple’s industrial design. I think they’d outsourced their laptop manufacture to Acer or some such (bits fell off!), before righting the ship with the virtually bullet-proof PowerBook 1400 which preceded the PowerBook G3s (Wall Street etc), then the Titaniums, then lollipop iBooks, white iBooks, MacBooks, MacBook Pros, MacBook Airs, Retinas…

Since then, there have been worldwide recalls of laptop batteries by a number of companies (including Apple and Dell, and others) citing the risk of similar malfunctions.

While any unintended incendiary effect is a very bad thing, a laptop isn’t in your pocket. Look at this: 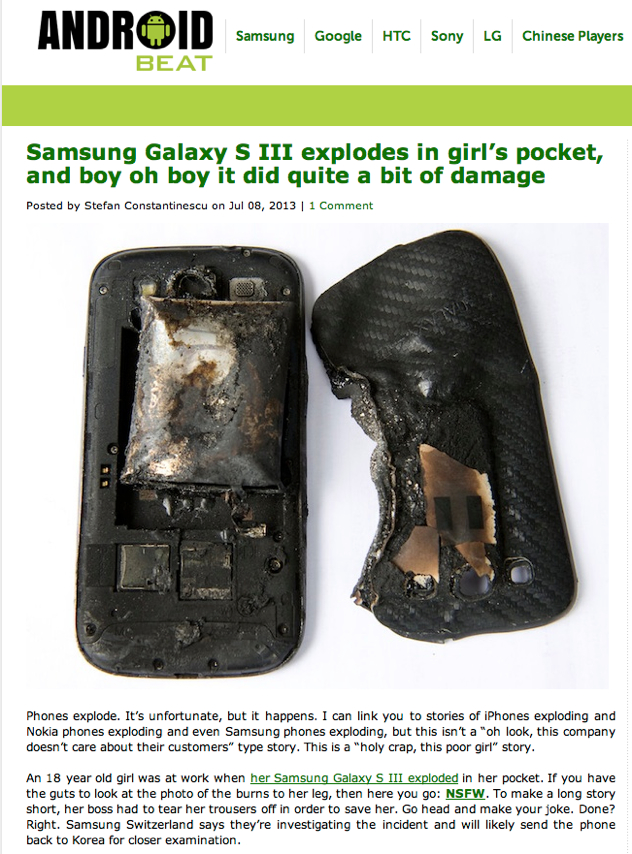 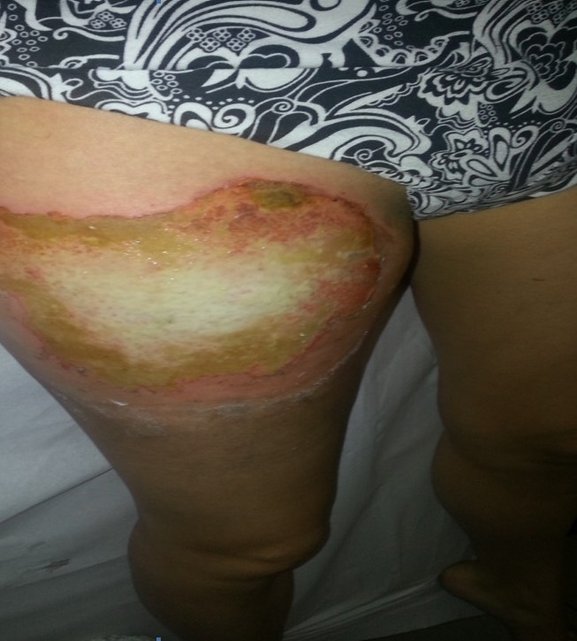