« ‘A loathsome piece of filth’
Greed? On the sharemarket? Never! » 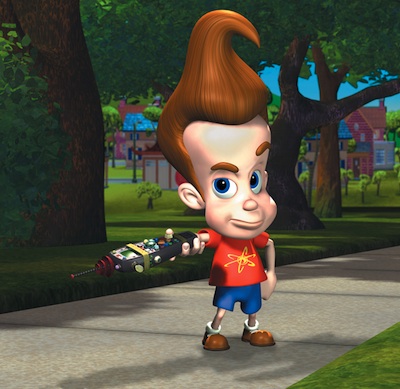 I knew Rodney Hide back when he was still using a Cassiopeia and I was using Psion Series 3a. (We used to compare features.) While he’s a pleasant man, and I personally like him, he’s never struck me as an intellectual powerhouse…

So it was intriguing recently to read in the NBR online his vapid criticisms of New Zealand journalists (all journalists, Rodney?) as having ‘lost their ability to think while still quite young‘ and having an attention span of ‘less than 30 seconds’ and not possessing the ‘intellectual reach and interest’ to perform even rudimentary, basic policy analysis. Viz:

Journalists have arts degrees and lost their ability to think while still quite young. They can’t distinguish good policy from the bad.

In my early days – when too young to know better – I would try to engage journalists in rudimentary policy discussion. I mean really, really rudimentary, like there are tough trade-offs and always opportunity costs.

The eyes would glaze. The attention span was less than 30 seconds. I gave up. I am slow. I don’t give up easily. But even I quickly learned that basic policy analysis is beyond the intellectual reach and interest of New Zealand journalists.

Implicit in Rodney’s comments and his narrative about valiantly trying to help journalists ‘distinguish’ ‘good policy from bad’ (!) is a suggestion he, Rodney, is somehow mentally superior … that HE has retained ‘the ability to think’ beyond childhood.

One could, of course, issue similar empty, sweeping generalizations about politicians.

One could suggest all New Zealand MPs are unprincipled, venal, shallow vote- and donation-chasing narcissistic muppets. But that might be unfair.

Further, one could say the ACT Party, in particular, attracts a special class of duplicitous political actor — the type who deceptively conceals their past, their true ‘agenda’ and their sponsors, (like, say, British American Tobacco, or Kim Dotcom?) and attracts extremists, some much more subtle than the racist Bernard Crimp or beneficiary basher Cathy Odgers.

An observer with an attention span could make some wry and cynical comment about the fruits of devious political stealth … and how sleazy electoral tactics sometimes deliver their just desserts: The ACT Party’s decline through fratricide to irrelevance and zero percent popular support.

This despite spending ‘rich prick’ donations (take a bow Mr Crimp) of $1.283 million on the 2011 general election campaign (second only to National in spending). With all that money and even with Mr Popular John Key’s symbolic ‘cup of tea’ and awkward, contrived imprimatur, at 1.07% ACT’s  share of the vote was less than the Mana Party.

One could point all that out to Rodney Hide in response to his vacuous comments about journalists.