« A voice in the wilderness? Or reclaiming the Grey Power mantle?
What NOT to do with your ‘charisma’ »

Congratulations to my old boss ‘Silver fox’ Richard Griffin on his appointment as chair of Radio NZ’s board.

A bunch of critical people are acting as if they can already read his mind. We’ll see.
And then there’s this from John Drinnan’s piece:

Griffin is well known in political and media circles with close friends including Bill Ralston, Ian Fraser, Mark Sainsbury and Paul Holmes. So he will be the familiar face for an organisation that has liked to keep its face pointed at the ground.

What does that even mean? 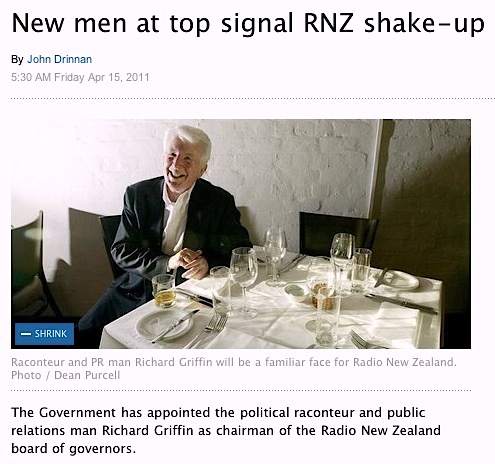 Richard taught me a lot — before, during and after my time in the Press Gallery while he was RNZ’s Political Editor. He’s a survivor, generous, supremely well-connected … and great company! I wish him well.