I can see where this principal is coming from … 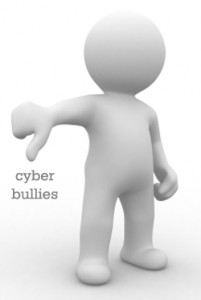 It’s a ‘news story’ at present in the States… read about it here at Huffington Post if you care, or (better in my view) read the principal’s actual email letter (below) … then, if you want, read the news coverage.

In 2002 when I arrived in Ridgewood Facebook did not exist, Youtube did not exist, and MySpace was barely in existence. Formspring (one of the newest internet scourges, a site meant simply to post cruel things about people anonymously) wasn’t even in someone’s mind.

In 2010 social networking sites have now become commonplace, and technology use by students is beyond prevalent.

It is time for every single member of the BF Community to take a stand!

There is absolutely no reason for any middle school student to be a part of a social networking site!

Let me repeat that – there is absolutely, positively no reason for any middle school student to be a part of a social networking site! None.

5 of the last 8 parents who we have informed that their child was posting inappropriate things on Facebook said their child did not have an account. Every single one of the students had an account.

Most students are part of more than one social networking site.

Please do the following: sit down with your child (and they are just children still) and tell them that they are not allowed to be a member of any social networking site. Today!

Let them know that you will at some point every week be checking their text messages online! You have the ability to do this through your cell phone provider.

Let them know that you will be installing Parental Control Software so you can tell every place they have visited online, and everything they have instant messaged or written to a friend. Don’t install it behind their back, but install it!

Over 90% of all homework does not require the internet, or even a computer. Do not allow them to have a computer in their room, there is no need.

Know that they can text others even if their phone doesn’t have texting capability, either through the computer or through their Ipod touch.

Have a central “docking station” preferably in your bedroom, where all electronics in the home get charged each night, especially anything with a cell or wifi capability (Remember when you were in high school and you would sneak the phone into your bedroom at midnight to talk to you girlfriend or boyfriend all night – now imagine what they can do with the technology in their rooms).

If your son or daughter is attacked through one of these sites or through texting – immediately go to the police! Insist that they investigate every situation. Also, contact the site and report the attack to the site – they have an obligation to suspend accounts or they are liable for what is written.

We as a school can offer guidance and try to build up any student who has been injured by the social networking scourge, but please insist the authorities get involved.

For online gaming, do not allow them to have the interactive communication devices. If they want to play Call of Duty online with someone from Seattle, fine, they don’t need to talk to the person.

The threat to your son or daughter from online adult predators is insignificant compared to the damage that children at this age constantly and repeatedly do to one another through social networking sites or through text and picture messaging.

It is not hyperbole for me to write that the pain caused by social networking sites is beyond significant – it is psychologically detrimental and we will find out it will have significant long term effects, as well as all the horrible social effects it already creates.

I will be more than happy to take the blame off you as a parent if it is too difficult to have the students close their accounts, but it is time they all get closed and the texts always get checked.

I want to be clear, this email is not anti-technology, and we will continue to teach responsible technology practices to students. They are simply not psychologically ready for the damage that one mean person online can cause, and I don’t want any of our students to go through the unnecessary pain that too many of them have already experienced.

Some people advocate that the parents and the school should teach responsible social networking to students because these sites are part of the world in which we live.

I disagree, it is not worth the risk to your child to allow them the independence at this age to manage these sites on their own, not because they are not good kids or responsible, but because you cannot control the poor actions of anonymous others.

Learn as a family about cybersafety together at wiredsafety.org for your own knowledge. It is a great site. But then do everything I asked in this email – because there really is no reason a child needs to have one of these accounts.

Please take action in your on home today.

“[I]n my household, you know, we try to establish a set of guidelines and rules that make sense – no computers, phones, television during the week. … We talk a lot with [our daughters] about the dangers of Facebook and sort of getting into that social networking kind of gossip mill or, you know, that – that comes from those activities.”