Mike Hosking: ‘a note of some clarification’ re SkyCity 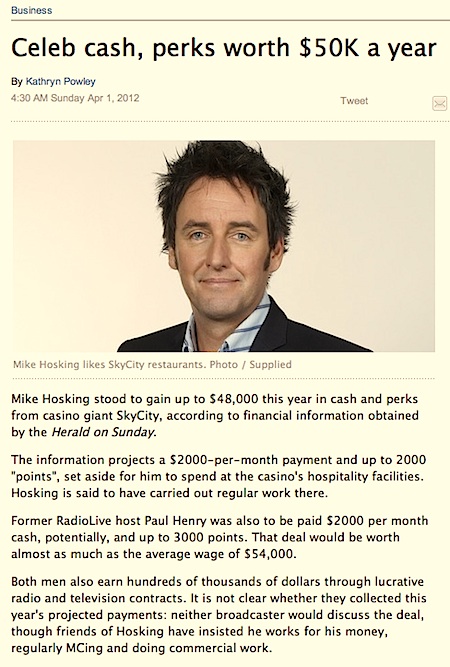 On Radio NZ’s Mediawatch today I heard clips of broadcaster Mike Hosking’s statement of ‘clarification‘ about his work with SkyCity casinos broadcast on NewstalkZB earlier this week.

Hosking was responding to commentary and news reports like this and  this that he’s received tens of thousands of dollars of cash and benefits from the Casino and restaurant operator — working as an ‘Ambassador’ for the business.

I like to track things to their source (that’s no reflection on Mediawatch’s editing, just a habit of mine), so here’s Hosking’s full 24 April 2012 on-air statement for the record:

(PS I think more people are interested in this controversy than Mike Hosking makes out.)