« Sports mascots as racial stereotyping? (Or is that being ‘precious’?)
Not a bad looking logo »

In violation of the inverted pyramid model of news writing (most important factoids & points at the top) NZ Herald political writer John Armstrong buried his strongest line in the third-to-last paragraph of his narrative of Kim Dotcom’s appearance at the NZ Parliament’s Intelligence and Security committee last night:

Outside the hearing, Dotcom accused Key of lying to all New Zealanders when he had said he did not know about him. Proof of that would be presented at Dotcom’s extradition hearing. If it stands up, Key’s resignation might well be in order. It is as simple as that.

Oh, the ignominy, if those baleful events were to transpire! 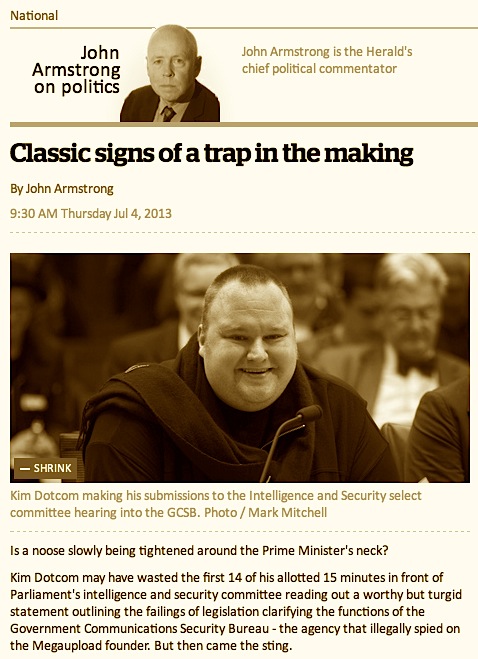