« Uncovering the Scientology cult and its practices
Beware the ubiquitous PDF? Really? »

Facebook founder Mark Zuckerberg has obtained a temporary restraining order against a California man accused of stalking him, his girlfriend and his sister.

… [Alleged stalker] Manukonda tried to contact Zuckerberg numerous times in December via letter, email and Facebook, including more than 20 times in one day, Facebook security officer Todd Sheets said in a court declaration… 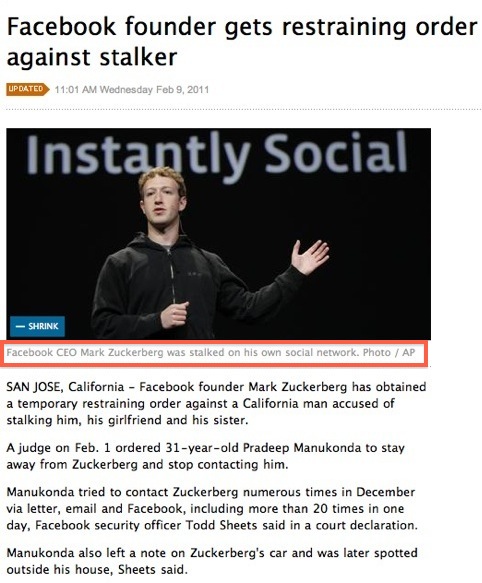 Do I need to say anything, Mr ‘Instantly Social’?