Facebook info purloined. I guess I’ll be sorry when this isn’t news.

Another day another Facebook abuse.
This woman’s Facebook profile and name and an image was used in an advertisement — snatched from Facebook by a ‘friend’ who worked for Vodafone creative… 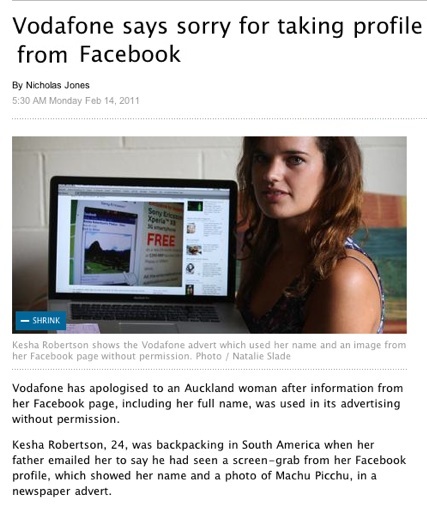 So, having slaughtered the words ‘friend’ and ‘like’, what? We’re now we’re redefining ‘public’?: