Denial is not just a river in Egypt #GCSB 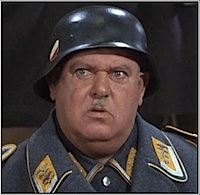 “I don’t think the inquiry was a botch-up at all” [Chief executive of the Department of Prime Minister and Cabinet Andrew Kibblewhite] said, although mistakes were made about providing certain information.

Right. All good, then?

Read coverage of the Privileges committee ‘hearing’ into the just ever so slightly botched-up inquiry set up by GCSB minister John Key into who leaked the Kitteridge report — a was-gonna-be-published-a-week-later-anyway report on illegal spying on New Zealanders by the Government Communications Security Bureau.