« Paula Bennett has been egregiously let down
Must read: Sympathy for the Plutocrat » 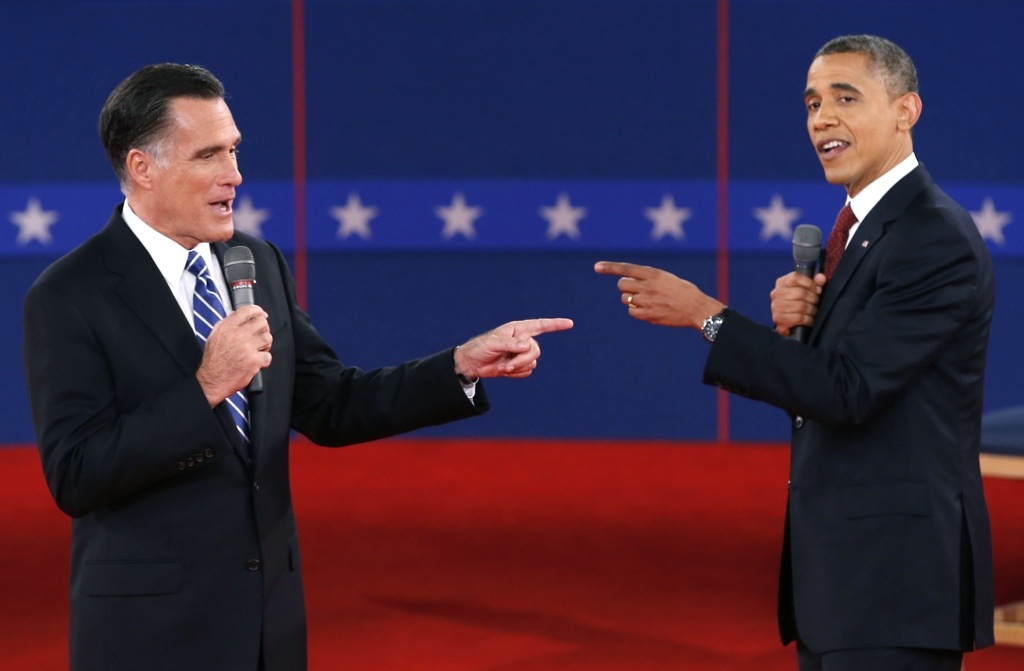 I’m sure how you saw today’s 2nd debate between the US presidential candidates depends on where you stand. I didn’t think it was even close. To me, Romney floundered and appeared untrustworthy, arrogant and somewhat entitled/spoilt-bratty. But I’m sure others judged the whole thing differently.

Let me be clear: I want Obama to win. He deserves to have a second term, in my view, although he is not perfect and has in some respects been a disappointment.*

Mitt Romney strikes me as a glib liar and just leaves me cold. Brrr!
(But I don’t get a vote, so he can relax.)

pic: Doug Mills The New York Times Mitt Romney and President Obama during the debate, their second, Tuesday night at Hofstra University in Hempstead, N.Y. via Chris Heller, The Atlantic

*Update: Reflecting on it, I felt the same way about John Key’s administration in 2011. Deserved another shot, and, as I said at the time, seemed likely to get it. (But gee, it ended up being close!)