Here are the articles published by Glenn Greenwald and Edward Snowden about mass surveillance of New Zealand citizens by spy agencies that form part of the FIVE EYES intelligence alliance. 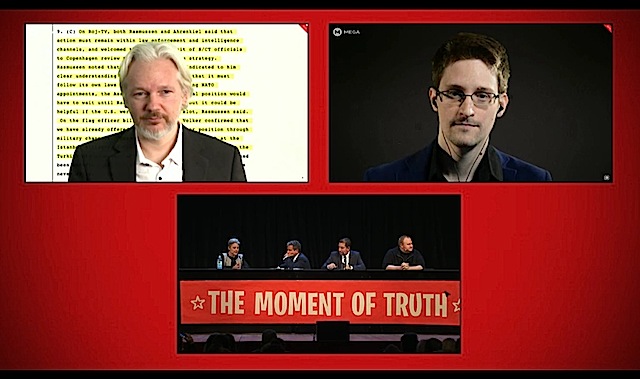 I think it’s always good to read such documents carefully and consider their wording — and also the wording of any denials or contradictions. Take your time. 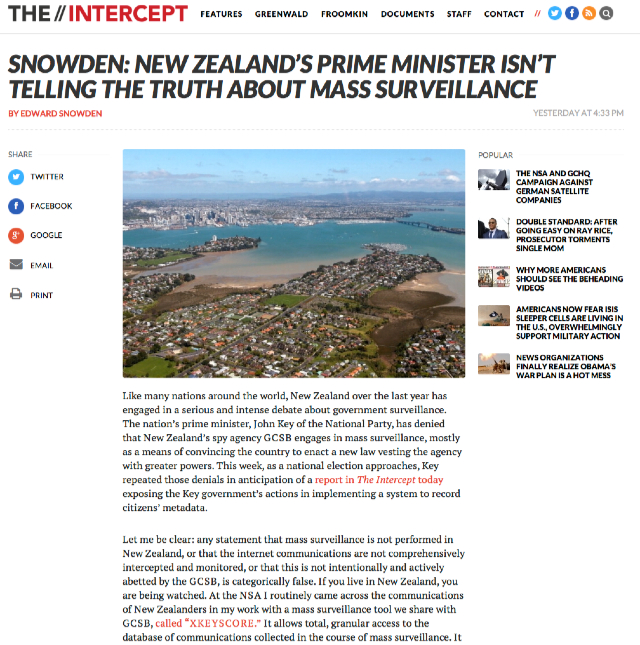 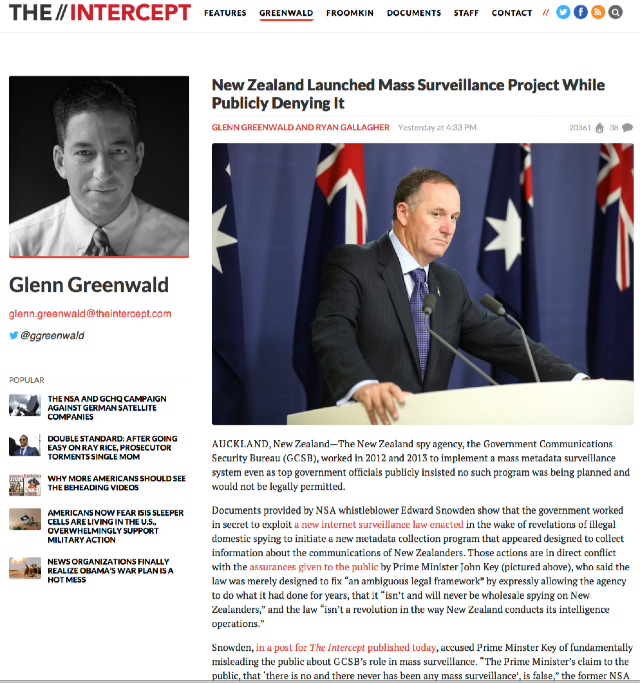 PDF of the Greenwald article (950k) 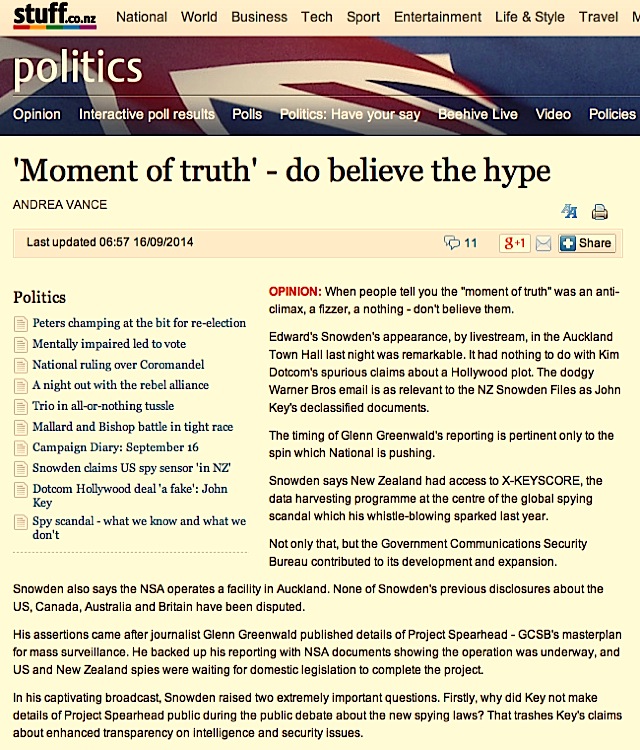 Regular readers will know my views of suspicionless, non-targetted government surveillance. I oppose it.

I oppose it whichever ‘colour’ of government would seek to carry it out. That’s why with hundreds, thousands of other New Zealanders I marched down Queen Street in protest last year, why I attended public meetings and rallies and argued against it. And I will continue to. (Does that make me a ‘target’ for government surveillance? Dunno. What do you think?) 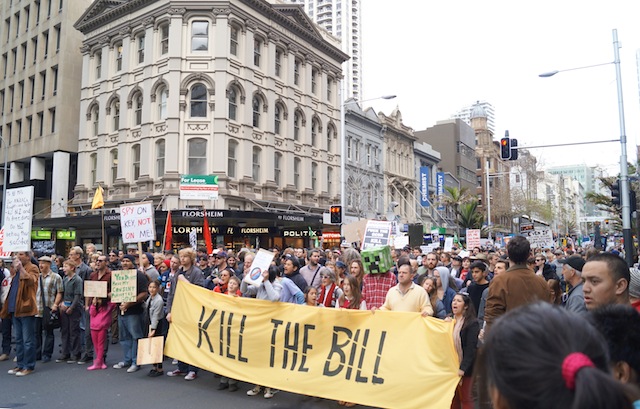 These revelations are deeply disturbing to me, even given the obvious double-talk and head-patting we were given by Mr Key over the expansion of spy agency powers in 2013.