Remember the name: Jon Snow Channel 4 news anchor (ahem). Snow swallowed a lie from a ‘parody’ account at Twitter about Piers Morgan supposedly suspended by CNN and passed it on to his network credulously… as if it were true, without checking its veracity and without attributing it to source. 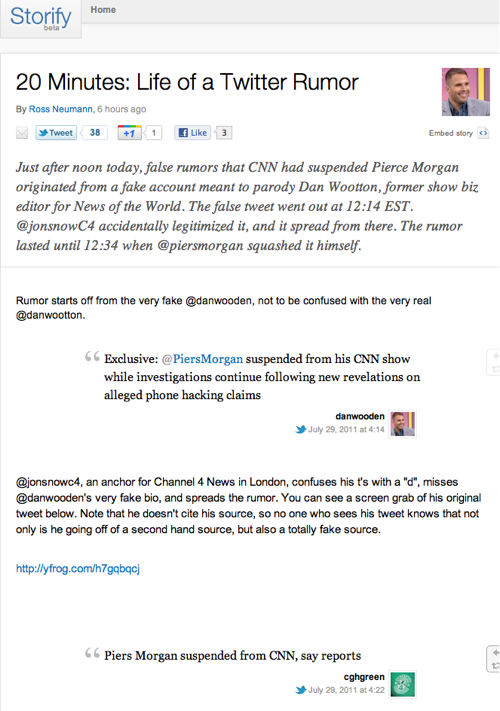 Best line is near the top:

@jonsnowc4, an anchor for Channel 4 News in London, confuses his t’s with a “d”, misses @danwooden’s very fake bio, and spreads the rumor. You can see a screen grab of his original tweet below. Note that he doesn’t cite his source, so no one who sees his tweet knows that not only is he going off of a second hand source, but also a totally fake source. 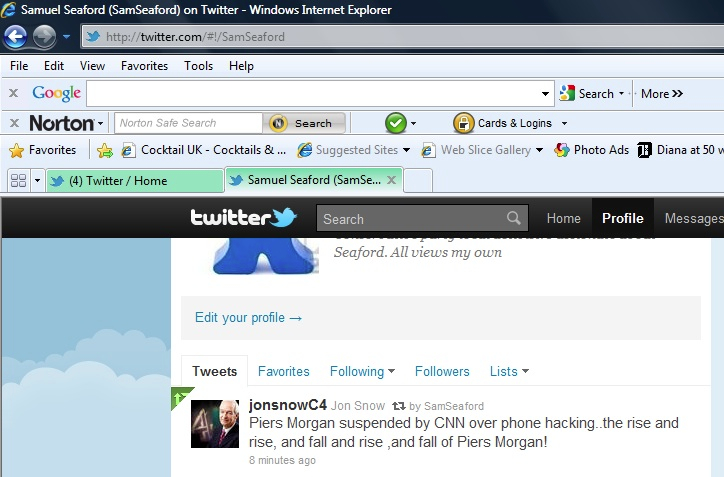 Doh! Jeez, Jon, wake up! Not even an attribution to save your over eager reputation … credibility crunched!