« How would the locals have dealt with a dead whale a hundred years ago?
I think it’s OUTRAGEOUS that poor Simon Lusk’s name gets dragged into these dirty, shabby, venal, nasty political schemes time and time again. How must he be feeling? » 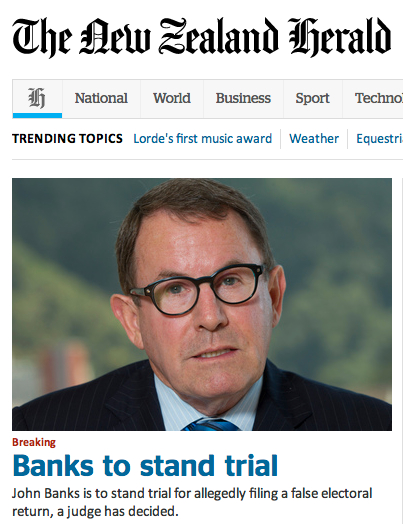 Which is the greater scandal? No, seriously. Which?

If one loses an election (or the candidate/Party one was hoping would win loses it) there are a number of options for dealing with that.

This is all I need to know about the political machinations behind a recent public humiliation … accompanied by a sworn affidavit.

Ms Chuang was unable to be reached for comment last night, but issued a statement through blogger Cam Slater, …

While I may be a hypocrite (I’m accused of it enough), I’ve made discussion of Cameron Slater’s adultery a topic that’s not entertained on this website. So it’s intriguing, given Cameron Slater’s hot and on-going expressions of vitriolic personal animosity toward the NZ Herald and the reporter who published the (very dull) facts of his extra-marital affair after they were exposed in a court judgement, to see him drooling vibrating at such volume about another married man’s infidelity.

We know the true-blue Slaters, er … dislike lefty Len Brown* and are, as a family, great friends of John Banks, whom Mr Brown so robustly defeated for the first Auckland ‘super city’ mayoralty three years ago (and who, it was announced today, will stand trial on charges of [allegedly] filing a false electoral return. Tsk.)

We shouldn’t, I guess, be surprised that the fetid swamp that is Slater junior’s hate blog will never, ever get around to ‘reporting’ (gag) — with or without affidavits — a pattern of night-time disturbance (‘No, this isn’t the right apartment’) which apparently so miffed Jenny Shipley back in the days her Wellington apartment was in proximity to that of one of her Parliamentary colleagues.

No, of course not. There are lines that shouldn’t be crossed.

PS And who would go into politics, eh? Sheesh.

* See this post Calling out haters like Cameron Slater to see how the Slater-blog promotes a meme of ‘Len Brown is a f*****g c**t’. Hate-speech, in other words. Not news media.