« Ambition, self-selection and brainless tribalism. Bleurgh!
A study in spin. And Farrar lends a hand … »

The Social Media Bubble has popped

It happened. It’s over.

The bubble was popped by Facebook’s IPO belly flop. Some saw it coming, but before May 18, plenty of smart people saw only blue skies. Chris Sacca predicted we’d see a $56 price on opening day. But within 2 weeks, the price had dropped 29% to a low of $26.83.
According to Bloomberg, it was the worst IPO of the decade. …

Read on at The Next Web. (Some of the comments are cool, too.)

—
The ‘Will it burst? Won’t it?’, ‘It’s different this time!’ schtick reminds me of this fabulous Guy Body cartoon in the wake of our publishing The Day The Bubble Bursts — Olly Newland’s warning about a coming property slump: 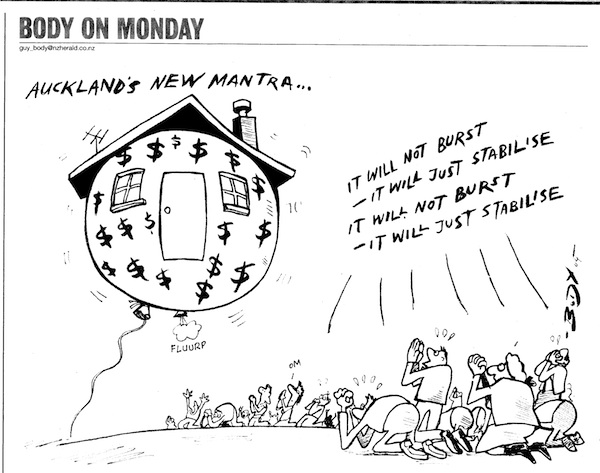