« Cameron Slater’s extraordinary attempt to gag the news media [FAIL]
Media as power tools. Whether to expose the collusion, or not? » 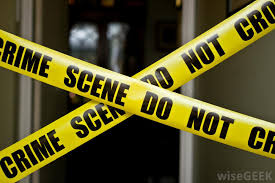 As I ‘confessed’ in my reaction to Nicky Hager’s book Dirty Politics, I fell for the deceptive spin on the extraordinarily rapid ‘service’ National Party attack blogger Cameron Slater was given on his 2011 OIA request for SIS briefing notes.

The Prime Minister’s office’s role in this ‘hit’ on then Labour leader Phil Goff is revealed in Dirty Politics … and is now the subject of an investigation by the Inspector-General of Intelligence and Security.

I apologised via this blog post to Martyn Bradbury (and, actually in person to a somewhat startled-looking Bradbury at Nicky Hager’s public meeting a few days later on 27 August) for rubbishing his conspiracy theory about the politicisation of the SIS:

As it turns out, it now looks like that was a Prime Minister’s office black-op ‘hit’ on Goff, using Cameron Slater.
So I fumbled that, and didn’t get close enough to the heart of what was [allegedly] really going on. Also, I scorned the often febrile blogger Martyn Bradbury for his ‘hallucinations’ and ‘vitriol’ about the SIS-OIA matter. I owe Martyn Bradbury an apology for that. This is it: Sorry Martyn. It looks like you were right about this and I got it wrong.

Honestly, it seemed too far fetched to me at the time. How naive of me.

Thinking about it, that was back in the days when I would meet Cameron Slater now and then for a coffee and a catch-up. Unlike some, I’m not embarrassed or ashamed of that contact, nor worried in the slightest if my e-mails or messages back & forth with him are ever published. I’m serious.

I didn’t go ‘undercover’ or pretend to be a different person holding different views. I was/am open about where and when I disagree with people, even friends. Sometimes that leads to tension, even broken relationships, but I figure it’s better to be honest.

As I explained to Cameron Slater’s wife when she (irrationally) tried to give me a hard time in the whale oil blog comments after one of those meetings in October 2011:

Hi Juana,
I perfectly understand why you might be offended by some of my public criticisms of Cam’s activism, his campaigns and vendettas. Sorry, he’s a big boy, and he plays the blogging game pretty hard and personal himself.
I hope I don’t get him in trouble, but our meeting yesterday was the third or fourth we’ve had since August when he approached me “for a catch up sometime for a bit of advice”. See:

Cam is one of the best networkers I know. He’s also, as I said somewhere obscure, someone who *engages* — which is the way forward, IMO. We have some history he and I, a mutual ‘enemy’ … and I like to think, we share a mutual respect.
You allege, among other things, that I am being somehow dishonest or two-faced with him. That’s not the case. I am profoundly critical of some of Cam’s actions, statements, targets and tactics — and I am completely open with him about that. It doesn’t mean we don’t get on. It doesn’t mean we can’t learn from each other.
Cheers, Peter 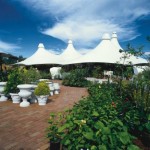 Anyway, I’ve been thinking about what led me to buy the spin that ‘a sharply focussed OIA request for documents already on the SIS director’s desk’ explained the amazingly fast response Cameron Slater got to his OIA request, while others (real journalists like NewsTalkZB’s Felix Marwick who is still chasing the story) were brushed off.

Because, I not only bought it — I’m not trying to wriggle out of that — I folded it into my ‘SIS director Warren Tucker is mighty pissed off with Phil Goff’ theory … recounted in this post on 7 August 2011: SIS boss’s slow resignation letter + Slater says enuf!

Thinking back, I remember Cameron Slater and I had talked about it in person at some length. So, tonight I checked my diary, and yep … just a few days before …

All of which is a prelude to pointing out today’s news that Phil Goff has delivered a ‘sworn statement’ about these matters to the Inspector-General of Intelligence and Security’s Inquiry :

Goff Gives Sworn Evidence to Inspector-General of Intelligence and Security

Former Leader of the Labour Party Phil Goff this morning gave evidence under oath to the Inspector-General of Intelligence and Security’s Inquiry into whether security intelligence documents were leaked by John Key’s office for political purposes.
“I am today releasing my opening statement in the interests of openness and transparency,” said Mr Goff.
“This Inquiry is really important. New Zealanders will be appalled if the Government has misused its political power.
“I was pleased to give evidence on oath and expect that John Key, his political staff and Cameron Slater will be called on to do likewise.
“This Inquiry must be sufficiently wide to examine how Cameron Slater knew what specific information to ask for and also when he could expect to receive the reply.
“The leaked emails show he had information before making his OIA request which could only have come from the SIS itself or from John Key’s office.
“Mr Key and his Office are known to have close links with Cameron Slater and to use him to launder stories which the Government does not want its finger-prints on.
“In the leaked emails, Cameron Slater says he was ‘sworn to secrecy’ about how he got the information.
“In this Inquiry, he will be sworn to tell the truth about how he came by the information which was confidential to the SIS and the Prime Minister,” Phil Goff said.

The issue is why John Key chose to raise the alleged briefing in a public and political context and how information held by the SIS was released into the public arena.
My suspicion at the time, confirmed by material disclosed in Nicky Hager’s book Dirty Politics, is that material was disclosed to Cameron Slater who blogs under the name Whale Oil to facilitate his making a specific OIA request.
Evidence for this is the specificity of Mr Slater’s request, even asking for any diary notation, his statement that he knew that the request was to be expedited expecting the documents to be released immediately, and his statement in a leaked email that he had been ‘sworn to secrecy’ about what he knew.
The obvious explanation was that he had a source for this information which in the nature of SIS briefings could only have been either within the SIS itself or the Prime Minister or his Office.

Time for a conversation

I like what Matt Nippert had to say in his extended interview on Maori TV’s Media Take:

There’s a conversation to be had about how journalists use and get used by ‘sources’ like Cameron Slater and David Farrar. It’s a discussion that’s been around for a while but most recently given impetus by Nicky Hager’s Dirty Politics … it needs to carry on.

We need to talk about it.