« “Do I believe in the forgiveness of sin?”
Falling into error: when we think we know why… »

They can be strange lands, the pathways of our memory.
Our recent discussions about animosity and forgiveness and letting go of disappointment and anger has provoked recollections of a case which I haven’t thought about for long time. 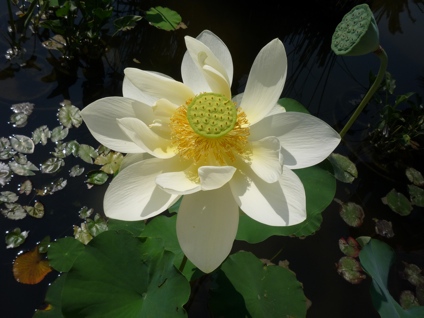 When I was a news reporter twenty years ago I covered the search for a young girl (13, I recall) who had gone missing on a bike ride to her local shops. The police organised door-to-door canvassing in her home suburb, and search and rescue professionals and volunteers from tramping clubs combed the bush and foreshore all around the valley and beaches within short driving distance of where she was last seen. I joined the bush search.

It was very easy for me to get caught up in the espirit de corps of the search and rescue group. With my woollen bush shirt, sturdy footwear, sunglasses and my new-fangled cell phone (about the size of a loaf of bread) I raced up and down bush tracks calling out and looking for any sign of the young girl.

The chill sets in

After a day or two of fruitless searching, the tone of the team changed. By the end of the third day a chill crept into all of us. Now, we realised, we were looking not for a lost girl, we weren’t calling out for someone waiting for us to find her. We were looking for a body. The dread was powerful. My mum, hearing one of my live voice reports on the radio during the day, called me at home that evening concerned about me. ‘Peter, you sounded so sad,’ she said. I told her I was. What an understatement.

We didn’t find her.

Eventually, weeks later, the police arrested a man and the day after found her body, buried in a stony, shingle beach that we had walked down as a search party on one of the early days. It transpired she’d been snatched off the street that evening by a neighbour, a man who had repeatedly molested and abused her then knocked her senseless with his bare hands. She was, apparently, still alive, bound and gagged when he buried her in the beach. She had a dreadful, lonely death.

Although I didn’t know the girl or her family, and my own daughter wasn’t yet born, the crime affected me. I remember it these years later. Having started this post, I searched for her name and found a newspaper account of the aftermath. Coincidentally it records the toxic effect on some in the girl’s family and neighbourhood who burned with anger. Some paid a price. I feel nothing but sympathy for that family.

Speaking for myself, I don’t feel any need to forgive the rapist-murderer of that girl, but then, I’m not so affected. I’m not consumed with anger about it, nor carrying a life-warping grudge — probably because of the ‘distance’.

But Karla’s story and my own experience around the case informs me and my behaviour to this day. It informs my ‘instinctively’ cautious risk-assessment of my own daughter’s movements, and my (dis)trust [maybe too strong a word, let’s go for ‘wariness’] of unknown situations she may go into. I don’t think I’m bitter about it, just sadder, wiser. (And yes, judgemental. I admit to that.)

Whose forgiveness are we talking about?

In my post yesterday, when I quoted the wife of the man who molested his own daughter asking the question, ‘Do I believe in the forgiveness of sin?‘ I didn’t read that as her asking a theological question — I don’t think she was asking about God’s forgiveness but rather her own.

Could she find the place within herself to allow her to forgive her husband his sins?

Naturally, such forgiveness is a lot easier to find when faced with a remorseful perpetrator. But even then it’s not a done deal. The hurt and outrage of the sinned against comes in waves.

From experience having wounded and been wounded by someone in a loving relationship, I know the pathway to reconciliation isn’t smooth. Each morning the forgiveness may have to be re-found. It may be that we need several attempts for our forgiveness to ‘stick’.

My sense is that it is worth making the effort.
For our own sake.