« More on the motivations of leakers
Farewell Jeremy Hardy. RIP » 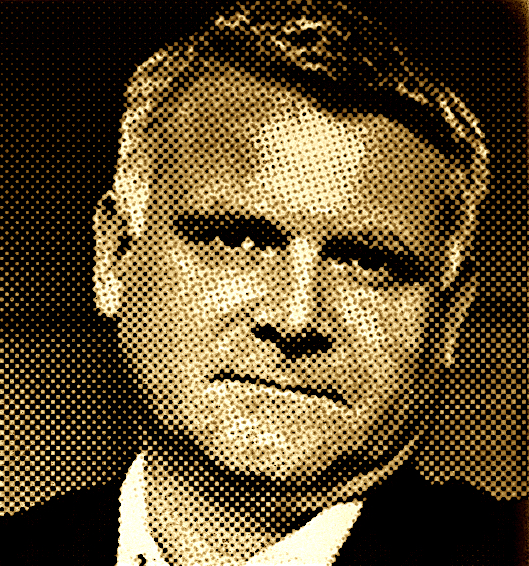 I’ve noticed that when he’s under pressure, Hooton seems to opt for breathless conspiracy theories and smears. The last one we discussed here at The Paepae, you may recall, was his complaint that the Electoral Commission had [allegedly] acted “unlawfully” in its efforts to increase voter turnout for the 2017 General Election.

It was all part of a dastardly plot, Hooton screeched, to swing the election to Labour’s Jacinda Ardern – because the ‘missing million’ voters the Commission was targeting in its voter participation campaign would (according to Hooton) be ‘overwhelmingly’ left-voting, thus disadvantaging his beloved right wing National Party. I thought that was pretty much out in woo-woo territory (see ‘Why is Matthew Hooton SO UPSET at efforts to increase voter turnout?‘).

But this week, in response to a news story on TV3/Newshub Matthew Hooton really went spare. He reached into a dark corner of the propagandist toolbox.

The story was Simon Bridges’ roadshow cash splash: $113k in taxpayer money on limos and hotels (arising from an intriguing early leak of National MPs’ travel expenses) which highlighted how much Crown limousine travel Simon Bridges had run up as Leader of the Opposition in the last three months.

Apparently in a state of high upset, Hooton accused a prominent TV political editor of ‘corruptly’ running ‘a despicable smear campaign’ (oh, the irony) against the National Party leader. The reporter was, it should be said, merely doing her job, reporting a news story. But in Hooton’s fevered conspiracy theory, she is engaged in a ‘personal vendetta’ to remove Bridges as National Party leader, having formed a view he’s ‘not modern enough’ to lead the party. (Don’t get me started on his other conspiracy theory about how women in senior journalism roles is somehow A Very Bad Thing for his beloved National Party. Matthew, pls.)

His preposterous, bullshit claim of a ‘vendetta’ carried out by an ‘extreme left-wing’ journalist is no innocent misunderstanding. It’s a strategy.

Hooton, for whatever reason, most likely his longstanding partisan loyalty to National (“deep in my DNA” remember, as he said here) is peddling a ‘lügenpresse‘-style (lit. ‘The lying press’) conspiracy theory: smearing news coverage of which he doesn’t approve as ‘corrupt’ and untrustworthy. What a piece of work. Desperate.

You can listen to the whole interview on RadioLIVE’s website. See: ‘National supporter says a ‘smear campaign’ is underway to rid Simon Bridges‘. It’s interesting. I’ve made up a 3 minute ‘highlights tape’ (below).

Listen as Matthew Hooton first coldly, then hotly and very deliberately smears and defames Newshub’s political editor Tova O’Brien – and with her, effectively the whole Newshub news network, every journalist, editor and producer.
The other voices are RadioLIVE Drive hosts Ryan Bridges and Amanda Gillies, and former president of the Labour Party Mike Williams. Even Williams, one of Hooton’s regular dance partners, remarks that he’s struck by Hooton’s extreme “even for him” hissy fit and nonsense.

A wry aside: Notice how Bridges introduced Hooton so sweetly — even using the collusive  ‘political commentator’ cover he operates under in the media — before realising that, oops, on this occasion, Hooton’s mask had slipped and instead of sweet, reasonable Dr Jekyll, it was Mr Hyde, the full-blown snarling, spitting, breathless political propagandist and smear artist on the line.

In the face of Hooton’s fevered outrage, let me say this: Like her colleagues, I see Tova O’Brien as a competent and diligent journalist who exhibits professional standards. She’s not ‘extreme left-wing’ as Hooton claims, nor ‘anti-National Party’, ‘disgraceful’, ‘corrupt’ or engaged in a ‘personal vendetta’. None of that is true. Despite what paid mouthpiece Hooton claims in his pursuit of damage control for his protégé Simon Bridges, Newshub hasn’t appointed a partisan hack (like himself) as the Political editor.

O’Brien was no friend of Labour when she previously worked in the Press Gallery (ask David Cunliffe) before going to England as TV3/Newshub’s European correspondent where, from my observation, she also did a good job. Bottom line: Journalist Tova O’Brien is good at what she does.

National Party-aligned spin doctor Matthew Hooton’s desperate and transparent efforts to cover for his beleaguered, under pressure party leader by personally targeting a journalist in this way – attacking her by name – were shabby and unwarranted.

It’s an obvious attempt to intimidate. It seems to me he’s trying to mute or influence the news coverage of his team.

PS: Hey Matthew, don’t be such an arse.