« Power of music
She’s a hard road finding the perfect instrument to manipulate the market, son. »

This recently published wrap of one aspect of the PR attack blog activities of Cameron Slater1 on behalf of his clients idealogical soulmates illustrates a couple of things. 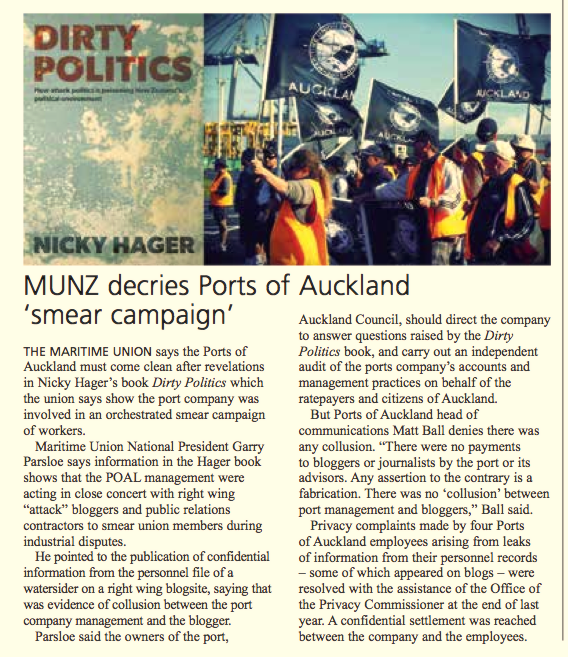 1) Calls to ‘seek answers’ from corporate groups (like the Ports of Auckland, or even Auckland Council) to ‘questions raised’ will often be ignored. People and organisations under fire as the result of revelations of unsavoury or unethical behaviour (such as those in Nicky Hager’s book ‘Dirty Politics‘) can just go to ground or ‘go dark’ as Jason Ede did. Just brazen it out and rely on a lack of public/media attention span. Which leads to …

2) Even an implausible-sounding bald denial in the face of quite credible allegations will sometimes be quite sufficient. Just go through the motions.

Observe this overt stonewall from the Ports of Auckland Head of Communications:

Riiiight. And the settlement of those privacy breach complaints …? Oh, never mind. 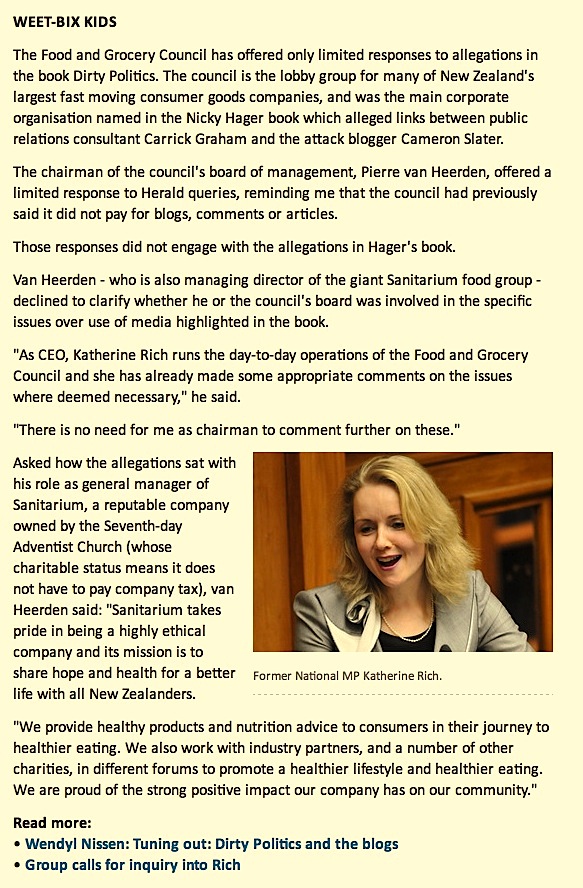 It seems some people don’t want to talk about their ethics … or, perhaps better put: they don’t want their claims of good ethics questioned. No matter how ludicrous those claims seem in the face of evidence.

– P
1 And his tag-team wrestling buddy David Farrar, of course.
* Commercial deployment? Yes, I think so, probably.
** Well, in name only. From Dirty Politics it seems clear Carrick Graham was the true author of much of Cameron Slater’s … er, output.