« A photo of himself every day for 12.5 years
Stumbling across a meme »

I mentioned that I’d taken a lesson from fellow geek Mat Honan’s experience getting hacked and, temporarily albeit expensively, having his personal data remotely wiped (shudder) from his MacBook Air when hackers compromised his Apple ID (read all about it at Mat’s blog). So, I did not enable ‘Find my Mac’ on my new MacBook … which doesn’t enable the ‘remote wipe’ etc.

Apple copped a bit of criticism, fairly I think, for letting someone who had acquired the last four digits of Matt’s credit card from Amazon reset his Apple ID with a phone call to Apple Support (‘social engineering’ they call it) … which let the conmen-hackers wreak havoc. Apparently, when the balloon went up, Apple froze that facility — better safe than sorry.

So, after setting up my new MacBook and logging in and stuff I got this trail of emails from Apple (see below) warning me that my AppleID was being used on a device that it hadn’t been before and was I aware of that? And oh look, it’s being used to sign into services and stuff … and is that OK? That’s the lesson Apple took from it, I guess. Good. 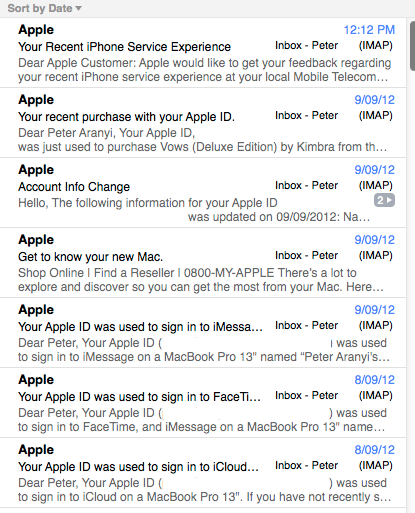 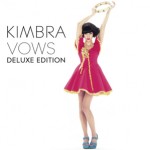 This girl is TALENTED!

That’s good communication with one’s customers, I think. (I don’t remember all that correspondence when I set up my core 2 duo MBPro … but then iCould-thinking has come a long way since 2009.)

Eagle eyed readers eyes might notice that I just bought Kimbra’s album Vows (deluxe edition), which the iTunes store told me was released on 29 August 2011, to my surprise. I’m pretty sure the bonus tracks came out after(for the US release?) and it’s showing © 2011, 2012. Whatever: It’s good.

You can get a preview by searching for Kimbra’s videos on Youtube…
Oh, here’s one I like a lot:

I think Kimbra is terrific, as I have commented earlier here and here. I wish her well.