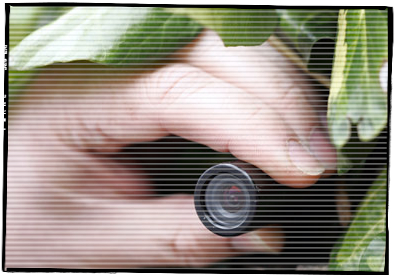 The Supreme Court’s decision last Friday to declare covert police surveillance videos unlawful unless properly authorized by a court had big implications. Under this country’s Bill of Rights Act, citizens have a right to be free of unreasonable search and seizure by the forces of the state. It seems some aspects of the police’s search warrant applications for covert video surveillance were dodgy with a capital D. The Chief Justice stated:

In circumstances where the police officer in charge of the inquiry knew that there was no authority to be obtained for such filmed surveillance, the deliberate unlawfulness of the police conduct in the covert filming, maintained over many entries and over a period of some 10 months, is destructive of an effective and credible system of justice.

Clearly, according to the Supreme Court, the NZ Police have routinely breached that citzens’ right to freedom from unreasonable surveillance. They acted unlawfully, and probably deliberately so, according to Justice Tipping:

I do not consider there is any escape from the view that the police deliberately breached the appellants’ rights. Detective Sergeant Pascoe acknowledged that he knew there was no legislative authority to install surveillance cameras. This, no doubt, is why he did not seek a warrant to do so. The Detective Sergeant did not profess to have authority from any other source. … If the breach was not deliberate it was undoubtedly reckless because, at best, the position in law was decidedly unclear and, in the very difficult and unusual circumstances facing them, the police, extraordinary as it may seem, did not obtain any legal advice. It is difficult to resist the inference that formal legal advice was not sought because the police knew or strongly suspected what the advice would be and that it would make it more difficult for them to proceed as they intended.

I saw Police Association (Union) boss Greg O’Connor’s press statement on Friday and parsed it down to a news story: ‘Police response to Supreme Court finding they acted unlawfully = Change the law!’

Now, it seems our prime minister has bought the ‘change the law’ programme, judging by this (forgive me) shallowly expressed alarmist spin:

“I think New Zealanders would be horrified if a large number of criminals weren’t made to pay their debt to society because some political parties don’t recognise the law needs to be clarified.” [Comment: Further, he credulously peddles somebody’s claim  (the Police’s?): ‘The ruling in the Urewera case jeopardises 50 investigations currently underway and 40 cases before the courts.’ [Comment: Oh really?]

I heard barrister Grant Ilingworth in National Radio this morning, plausibly describing the ’50 investigations’ spin as an exaggeration (cough): “Does that mean that police are going onto private property on a routine basis, installing cameras on private property and taking photos there? I don’t think so.”

Like the ‘right to silence’ which the National Justice minister Simon Power earlier proposed to do away with by a majority of one or two, any [retrospective] changes to the effects of the Bill of Rights should be taken with full Parliamentary procedure — not passed in Urgency in the last six sitting days before a General Election and using clichéd rhetoric like John Keys’ above.

Better minds than mine (and er, John Key’s, if you ask me) have considered the government’s proposal to use Urgency to rush through retrospective legislation (ding ding ding — alarm bells) to undo the effect of the Supreme Court’s judgement.

Here’s Andrew Geddis, writing at pundit: Once upon a time in te Urewera …

[The Government] seems to be proposing to set just aside the Supreme Court’s view that gathering such evidence in and of itself constitutes an unreasonable search and thus is unlawful under the New Zealand Bill of Rights Act. And if it is not unlawful, then there’s nothing to stop the Police from gathering evidence in this manner … whenever and however they want.

So this isn’t really about giving specific legal power to the Police to conduct video and photo surveillance under set legal limits. It rather is about removing a bar on the Police carrying out these actions … and then leaving it up to the Police to decide when it is appropriate or necessary to do so.

Second, even if the ability to gather this form of evidence is believed to be necessary in the modern world – a point the Police seem very strong on, so I guess I’ll believe them – it isn’t clear why the Government is proposing to retrospectively validate the use of video and photo surveillance. The argument is, I guess, that the Police have used this technique in good faith to gather evidence against a bunch of criminals, and they shouldn’t walk free just because the Supreme Court now has changed the rules.

Putting to one side whether the Supreme Court really has changed the rules here, the fact that such evidence may have been unlawfully obtained does not mean that it cannot be used in court. Remember the Evidence Act 2006, s. 30? That allows the courts to decide on a case-by-case basis whether or not to let such evidence in. And if the affected cases really are as serious as the Prime Minister suggests, you can be pretty sure the courts will allow it in.

So what the Government really seems to want to do here is short-circuit the courts’ role in deciding if the Police’s unauthorised (and, according to the Supreme Court, unlawful) use of video and photo surveillance should be allowed to stand as evidence. Instead, it will require such evidence to be let in – irrespective of whether or not it was obtained unlawfully in breach of the New Zealand Bill of Rights Act 1990 (which it wasn’t … because Parliament will deem that it wasn’t).

Me? I’m all for considered, democratically debated changes to the law, if it makes sense. I’m against knee-jerk reactions leading to half-cocked legislative change being crammed through Parliament using Urgency — especially to our Bill of Rights Act! — without a proper debate and submissions.

I know Greg O’Connor and I like him. He does speak for the police force and represents their interests with ability. He is also an able and effective spin doctor, in my view. I’ll never forget then PM David Lange being asked in sober terms about an historic mass assembly of police officers — in uniform — on the forecourt of Parliament Buildings as part of some industrial protest. Ex-defence lawyer Lange chuckled and said, ‘These people twist arms for a living!‘

See also Victoria University Law lecturer Dean Knight’s thorough examination of the issues: Covert video surveillance and the (c)overt erosion of the Rule of Law (Quotes from the Supreme Court judgement above were lifted from him.)