« We are ALL self-righteous hypocrites
Would this policy stop impostors and sock puppets … or just cripple Twitter? »

Is internet ad filtering THEFT? Or a response to abuse? 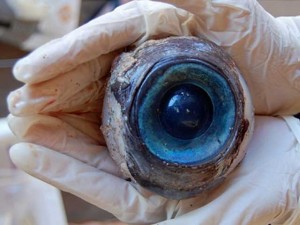 Competing for eyeballs is fine — but be aware your actions have consequences. (pic: arbroath.blogspot.com – click)

I’ve worked in commercial radio so I understand the commercial reality: In radio, TV, newspapers and magazines, advertising revenue is what keeps the lights on. Advertising pays the bills.

Traditionally (which doesn’t always mean it’s good, right?) advertising in these media has been predominantly a version of interruption marketing — viz. find something your target audience is interested in, then interrupt them with your commercial messages, painfully (but not enough to drive them away).

On a related thought:, journalists pride themselves as truth-tellers, feeling even better about it if the truth being told is inconvenient to those in power:

“Journalism is printing what someone else does not want printed.” — George Orwell

Another view was nicely expressed by Jack Shafer recently:

Journalism is what’s on the other side of the ad.

Which got me thinking.

‘New media’ or internet marketing, like everything else in life, demands a learning curve. And boy, it’s been ugly at times. Personally, I find TV on demand, with its insistence on playing the same ad three or four times during an episode of, say, Homeland, or The Daily Show at the light end of the annoyance spectrum.

On the other hand, serpentine, swirling ads near and all over news websites are an unwelcome intrusion into my consciousness — when I’m trying to read, dammit! — and it’s one that I don’t tolerate for long.

On my day-to-day web browser I use Safari AdBlock and GlimmerBlocker to shield me from the time- and attention-wasting circus of internet ads (particularly animated ones).

I leave Google Chrome unfiltered and, indeed, routinely rely on Chrome’s embedded Flash player to view content that my otherwise Flash-less set-up cannot decode — but that’s less and less because of the widespread use of the HTML5 video standard, in part due to the increasing use of mobile browsers including Apple’s iOS.

So, because of my set-up I don’t generally even see the ads … but when I do, I’m aghast at how dominating they are. (For instance Facebook. Bleurgh!)

I have, in my professional life, paid for web advertising in the form of banner ads (but not Google Adsense) and accept that my ‘message’ will be filtered out by people like me, even if we’re actually interested in the products or services being offered. I have to find a better way to reach them.

I see that filtering as your right to control what comes into your house, and akin to muting the ads on TV or putting a ‘no junk mail’ sticker on your letterbox. But some in the ad industry seem to look at it differently: like, by using an ad blocker I’m stealing. Say what?

From an article Ad Blocking: Theft Or Fair Use? by Josh Dreller, Director Client & Industry Solutions at Visual IQ (via AdExchager) …

I bet most users would applaud an ad-free Internet. However, if ad blocking were considered “stealing,” would most people pause and reconsider? I believe so.
So let’s call it what it is. Circumventing the fair value exchange of free content on a website is basically like downloading pirated music or jumping over the subway station turnstile. Users “pay” to access content by allowing ads to be shown adjacent to the free content they’re consuming. I doubt the Internet users who can’t wait to block ads would also then pay $5/month to read ESPN.com, IMDB.com, etc. Many people would probably pay for Facebook, but not the billions that are on the social network now. Can you imagine people paying per video on YouTube?

But Pandora’s box has been opened. Now, it’s up to publishers and advertisers to educate the world about the long-term implications of widespread ad blocking and how it would go hand-in-hand with the loss of free content. If people understood this, I believe most would feel compelled to NOT use blockers. As with many issues, education is the best first step toward the solution.

Ad blocking affects more than just consumers. It’s also sparked concern among marketers regarding their ability to accurately measure display advertising performance. Is a particular online buy not working because the creative isn’t resonating with consumers? Or simply because that site has a high percentage of users blocking those ads? Ad verification can determine if an ad was actually served, but it doesn’t speak to the value of the ads that were actually seen.

Now, good on Josh Drellor for going to bat for his industry, but I don’t agree with him. He and his ilk don’t have the right to create silos of information about me that I don’t authorise, ostensibly to “accurately measure display advertising performance”.

Read Josh’s concerns in the context of Google shamefully, deceitfully defeating my ‘no cookies from third parties’ web browser preference (a scandal, anyway you look at it. See: Another Google privacy FAIL (grrr)) and one has to say the industry seems untrustworthy.

And anyway, whose computer is it, Josh?

But aside from their deceitful espionage-like tactics, the online ad industry has also shot itself in the foot by its own open, public behaviour abusing our attention glands.

The shrieking, attention-seeking disruptive-to-concentration interruptive approach many advertisers have taken to advertising is what has driven the creation and use of ad-blockers. Far too much visual bling, animation and flashes as well as overreaching and getting in the way with pop-ups and banners that actually cover content until they’re dismissed — get out of the way!

I am widely credited as the inventor of the tag. For those of you who are relatively new to the Web, the tag is an HTML command that causes text to blink, and many, many people find its behavior to be extremely annoying. I won’t deny the invention, but there is a bit more to the story than is widely known.— The Origins of the <Blink> Tag

Ad Blocker Plus promotes the idea of a whitelist — a list of ‘acceptable’ types of online ads that aren’t blocked because they ain’t so objectionable.

Which ads are “acceptable”?

We currently have the following requirements:

These criteria are not final, we are working on improving them. In particular, we want to require that user’s privacy is respected (mandatory Do Not Track support). However, we are not yet in a position to enforce that requirement.

Obviously, those (eminently reasonable) criteria are a RESPONSE to the sins and abuse of the advertising industry which Josh Drellor defends. I’m sure as a reasonable man Josh would see that the audience has spoken: egregious attention-grabbing interruption marketing doesn’t “resonate” with many of us … and we will find a way to block your ads, whatever.

Time for a new model?