“God was telling me the other day …” Oh yes? 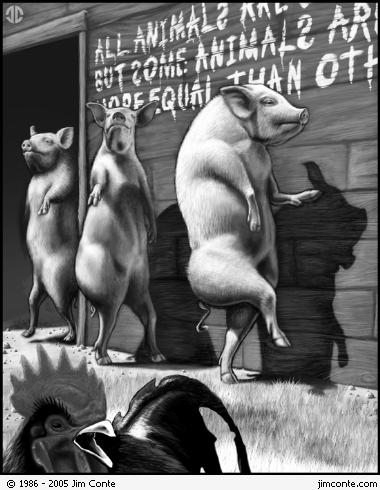 First, an even greedier-than-usual fundraising effort at Destiny Church appears to have sparked an ‘exodus’ — a step too far for their Brisbane pastor and his flock, according to news reports. TV3 News reported it last night, and the NZ Herald chimed in…

Destiny Church ministers and leaders are heading to its Brisbane branch after more than half the congregation – including its pastor – walked out. Bishop Brian Tamaki, who founded the church in New Zealand in 1998, is expected to be among those heading to Australia this week after the resignation of Pastor Andrew Stock.

It is believed Pastor Stock – who has been at the Brisbane branch pulpit for about three years – withdrew from his role because a newly introduced covenant went against his beliefs, a member said. … the covenant told members to “give it heaps” as they worked towards a $3 million project which included building a $1.3 million budget to go towards putting Bishop Tamaki on TVNZ every morning, from Monday to Friday.

The covenant also encouraged members to go without coffee, takeaways and Sky TV for up to seven months to help give more in their church tithes. The church member, who did not want to be named for fear of repercussions, said up to 70 people of the just over 100-strong congregation followed Pastor Andrew Stock, after a four-minute speech, as he walked out of the church with his family.

And funnily enough, the very day that story reporting so-called ‘Christian’ greed emerged, a local spruiker blogged this tripe as marketing for his ‘mentoring services’:

One of the most empowering moments in my life was when God spoke to me directly and said: “Shady* (not his real name), are you ever going to stop feeling guilty about making money[?] Are you ever going to take the abilities I gave you and create wealth so that you can give more away?”

That one frank moment so changed my life that I now engage mentors and people who will tell me the truth about myself at every opportunity. Who are you going to put into YOUR life to do this for you today?

Oh dear. So Moses gets angels in burning bushes, a message to confront the Egyptians about enslaving the Israelites, and a mission to lead them into the promised land … and this dubious character says he hears God speaking directly: “When are you going to stop feeling guilty about making money?”
How convenient. (Not that there is anything to feel guilty about if you’re making money ethically, instead of just saying you are.)

I always seek to “cover” another’s sin. I try and focus on the good in others and hide their faults. It is simply trying to obey several specific bible verses. …

Well I had one particular situation where I knew things that were not right and people were potentially being taken advantage of. I have over and over again had to stop myself from saying anything publicly and it has been incredibly hard for me. Every time I said to God that I wanted to see this thing put right HE would say to me “Dodgy* (still not) it is your job to cover sin, justice is my problem”.

I take my hat off to that Destiny Church pastor (never thought I’d say that!) whose bile rose at the continued predatory and hypocritical gouging for cash by the cult.
Rather than “cover” the sin (like Mr Convenient above), Andrew Stock stood up and let his voice be heard … and led his followers out the door.  Good on him. (I just hope he doesn’t lead them into another bad situation.)

As for the local spruiker, well, again, it’s just ghastly how he uses his religion as a marketing tool. Here’s an example of his own nauseatingly self-serving blurb about himself:

As a committed Christian Shonky* brings his integrity and love of truth alongside his investing and communication skills to inspire people to live lives above the line without hypocrisy and dishonesty Whether he is teaching kingdom finance principles in a local church or sharing the stages with the leading personal development peers [he] always brings honesty, humor and incredible insight to his audiences.

Good grief. How do we square that ‘integrity and love of the truth’ with the ‘God told me to cover sin’? Eh?

Last week someone else issued a strongly-worded warning about the very same guy:

What I will say is if anyone is foolish enough to either listen to, believe, take advice from, buy any properties he promotes, or be mentored by Fishy* they deserve to get themselves in the crap, or possibly lose everything.

Anyone that associates with him, especially shares a stage with him speaking, I would now also be very dubious about. There is just too much evidence (that I know about him) to say otherwise.

Hiding behind religion always makes me suspicious to start with. When you need to actually tell people you are honest, ethical, moral, have integrity and are a Christian, I usually find in fact the opposite is true.

And no Fishy*, I will not add you as a friend on Facebook no matter how many times you ask, in fact I have blocked you from trying now.

People deserve to know, I have been quiet about this way too long and just needed to express my thoughts as well.

Well, good on him for speaking up too.

And as I’ve said before: What scams is this self-proclaimed prophet and mercantile holy man ‘covering up’ on God’s instructions these days?