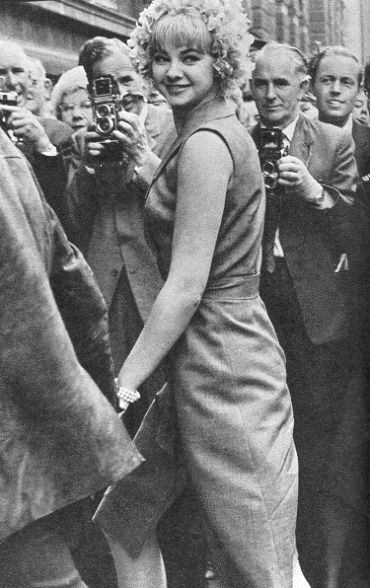 While giving evidence at the trial of Stephen Ward, charged with living off the immoral earnings of Keeler and Rice-Davies, the latter made a famous riposte. When the prosecuting counsel pointed out that Lord Astor denied an affair or having even met her, former model and showgirl Mandy Rice-Davies (right) replied, “Well, he would, wouldn’t he?” — Wikipedia

“Mr Slater has denied that the emails are the product of a burglary, and says he has committed no crime in obtaining or publishing the contents.” — NZ Herald

Well, he would, wouldn’t he?

—
Yesterday in Negative credibility sux, eh @whaleoil? eh @dpfdpf? I mentioned Cameron Slater’s evident frustration at being ‘barely acknowledged‘ and ‘ignored‘ by the very media he emotes to so despise.

Today he’s offering to pass on his tranche of dishonestly/innocently obtained emails (you decide) “… to any reputable journalist who calls. First in first served.” (This, of course, while the police are presumably investigating a complaint that the emails are stolen property. How’s that for an attractive proposition?)

Cameron’s overt pleas for validation by mainstream journalists perhaps indicate he is beginning to catch a whiff of his own stench, and realize just how his disreputable smear campaign tactics are perceived.

It’s a start I guess.