Shearer on Shearer — on Radio NZ’s Focus on Politics 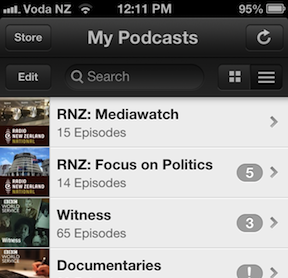 I listen to a couple of Radio NZ podcasts fairly religiously each week: Mediawatch and Focus on Politics.

I found it interesting, and noted it was far from the um-er stammering performance Shearer is so often accused of by partisans who seek to reflexively discredit him, and will stoop to anything to do so.

Hard to argue with his point about a differential in the way his statements and veracity are regarded/treated by some news media ‘players’ versus how they treat the Prime Minister. But, having worked in the fish bowl that is the Press Gallery, my view of these things is that most journos do the best they can to be fair … and shrieks of ‘bloody biased!’ tend to be emitted on a fairly universal distribution.

Joh Bjelke-Petersen, famously corrupt Queensland Premier, used to call dealing with reporters ‘Feeding the chooks’ … which always struck me as a funny, and woefully accurate description of the relationship between politicians and the political press. (See: The Press Gallery thinks it’s sooo #badass …)

Related: When you can’t trust the Night Watchman. @MediawatchNZ on Duncan Garner’s spasm