« Insurance against DISGRACE? Really? You can get that?
Stephen Fry on the joys of swearing » 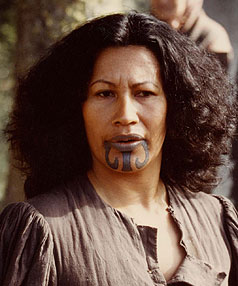 Our household was sorry to hear of the death of NZ filmmaker and pioneer, the courageous Merata Mita yesterday. Merata was a contemporary, mate and colleague of many in what we used to call the ‘Maori Rights’ movement … but so much more.

Her film Patu! about the civil disobedience protests around the 1981 Springbok Tour and was filmed and compiled in the face of awful opposition — almost like a war — from many sides, some unexpected, but also with the support of many brave souls who shared her vision.

Likewise, her film about the occupation of Bastion Point — which, as a Wellingtonian I first heard about in a song from the Topp Twins — “Bastion Point is Maori Land…”.

She will be remembered by us for these and many other achievements — and as a contemporary of Tungia’s and, with her, part of the cutting edge of NZ filmmakers, Maori filmmakers, and ‘activists’ … when there was real risk in being so labelled.

From Mihi Murray’s perspective/background on Patu! … 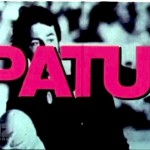 The completed film, now 110 minutes long, was a record of heroism for the liberal left in New Zealand. For many young people taking to the streets, it was their 1968. Māori and Pākehā, children and grandparents, gang members and clergymen, in a moment of rare consensus, stood together to affirm shared values. Patu! was also a morale booster for the African National Congress.

For those those who doubted the impact that a bunch of righteous Kiwi stirrers could have on the internal politics of a country half a world away, a salient fact should be remembered. 25 African countries boycotted the 1976 Montreal Olympics to protest that the International Olympic Committee hadn’t banned New Zealand (for its rugby links with with South Africa); a fact swept under the carpet by pro-tour advocates. The reverberation of the 1981 protests is captured in Leanne Pooley’s documentary Try Revolution (2006).

Though the protests sought to highlight the plight of black South Africans, the conflict surrounding the tour ultimately exposed the racial divide in New Zealand. A Māori marcher states that he is supporting “our brothers – they’re suffering, same as we’re suffering here”, while protesters are accused of being “nigger lovers”. Canon Hone Kaa implores New Zealanders to address racism at home. The point is made apparent in the end scene: a protest march whose cause is not anti-Springbok Tour, but critical of the government’s treatment of Māori.

It’s not surprising that critics attacked Mita for being “one-sided”. Mita didn’t disagree with the accusations that Patu! was agitprop activism:

“I was asked repeatedly if I thought I was the right person to make the film, or why I was making it. The reason I was asked the question was that some people told me they feared that the film would not be accurate because it would have a Māori perspective! The Pākehā bias in all things recorded in Aotearoa was never questioned.